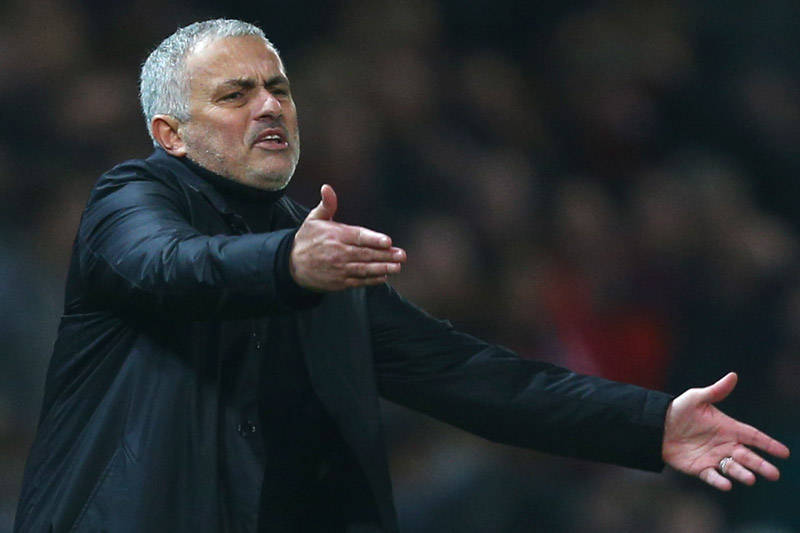 It was a year without trophies and with a lot of negatives. From an early exit from Champions League, all the way to the toxicity of Jose Mourinho, Man United’s 2018 had it all – except the really good stuff. The FA Cup was a real chance, but United continued meandering on and off the pitch throughout the past 12 months.

It was an almost perfect month, as Man United won every match until the one that came on the very last day of January, against Spurs. A 2-0 loss at Wembley was a straightforward one, but the month was dominated by Alexis Sanchez’s arrival from Arsenal and Henrikh Mkhitaryan’s departure in opposite direction. The Devils were full of hope back then…

United won against Chelsea, but it was a 0-0 draw against Sevilla and a loss in Newcastle that brought all the negative things to the fore. United were still comfortable in second in the league, but far from the possibilities of a title push.

Four wins in four domestic matches would have been perfect any other time, but the 2-1 loss to Sevilla in Champions League was a huge upset. The Devils were appalling at Old Trafford and never looked like winning. Getting out of Champions League in round of 16 was a serious blow to Jose Mourinho’s reign.

Man United started this month by going 2-0 down to Man City at Etihad, but winning it spectacularly 3-2. It was a big win, but United did what under Mourinho became a habit – they lost the first match afterwards. This team was unstable, performing from brilliantly to horribly sometimes even during the same match. Bar the 1-0 loss to WBA, it was a perfect month.

By May, the league was not important anymore. Man United were safe in second and the title was long gone. It was all about the FA Cup final and therefore, this month was not a successful one. Chelsea won the final 1-0 and Jose Mourinho did not bring a single trophy in his second season at the club.

Many players were at the World Cup during June and some even stayed long during the following month.

This was when the new season started. Paul Pogba became world champion, but the new hope was cut short when Mourinho had a typically negative rant about everything possible in his first press conference of the season. It was the first sign of what was going to happen… Fred arrived and Diogo Dalot arrived.

Three matches into the new Premier League season and Man United had three points. The 2-1 win against Leicester was the one, while the team lost to Brighton and Tottenham, conceded three goals in both matches. Things were getting worse, as there was too much talk about transfers not happening than the team doing things they were supposed to…

Three consecutive wins in September were followed by three winless matches in the same month. Typical for Mourinho’s third season United. Loss in League Cup to Derby hurt the most, while West Ham truly embarrassed this team.

Five matches, but only two wins. They came against Newcastle and Everton, while the only positive sign came in a 2-2 draw against Chelsea where the Devils had been so close to winning. Also, United did not score in the two Champions League matches.

The 2-1 win against Juventus was a huge one, though it felt like a fluke. Man City won the derby comfortably, while Crystal Palace had no trouble getting a 0-0 draw at Old Trafford. Things were not improving.

Two draws, then a win against Fulham, but then again losses to Valencia and Liverpool and the result was expected – Jose Mourinho got sacked. Ole Gunnar Solskjaer arrived and won his first two matches in charge. There is one match left, as United will host Bournemouth on Sunday.