Manchester United managed to beat Tottenham Hotspur on Saturday afternoon in the FA Cup semifinal at Wembley, through goals of Alexis Sanchez and Ander Herrera. Their rivals in the final will be Chelsea, who eased past Southampton on Sunday and the clash on 19 May could be a big opportunity for the Red Devils.

The victory against Spurs was one of a team who knew what they wanted and how to achieve that. A good start from the Londoners did not confuse the Devils too much, as they took control of the game even though they did not have the ball more than their rivals. Paul Pogba did very well to set up Sanchez with an equalizer and Herrera’s first-time shot in second half put the team in a strong position. From then on, Spurs never really looked like scoring despite having long spells of possession.

Now that Chelsea are confirmed rivals in the final, United need to focus on their four remaining Premier League matches. First it will be Arsenal at Old Trafford before travels to Brighton and West Ham’s London Stadium, before the final day of the season against Watford at home. These four matches should be a platform for securing the second place in the league, but also a great preparation for the final match of the season.

Manchester United will be motivated to once again end a season with at least one trophy, after doing so in two previous years. Chelsea, on the other hand, will want to make amends for the last season’s loss to Arsenal in the final showdown at Wembley. They did not make the most of their chance of winning the double and now Antonio Conte and his players will want to fix that in what could possibly be Conte’s final match in Chelsea’s dugout.

Yet, if Manchester United manage to win the final and finish a season with a trophy, it will be a good platform for the next term. Next season is the one that should see the Devils truly challenge for the league title ever since Sir Alex Ferguson retired. This season has seen progress in jumping from sixth to either second or third. If United finish as runners-up, it will be their best league position in the post-Ferguson era.

The positivity that a trophy brings will make players even more hungry for new ones and the Premier League should be next. Winning the FA Cup in May would mean United have won Europa League, League Cup and FA Cup (twice) in space of three seasons and the obvious goal should be the league. Manchester City are already favourites to win that one again, but that should not make United’ fans at unease.

Manchester United need to do their job properly this summer, improving the squad in key areas and the fight for the title could truly be on. Mourinho will get an opportunity to build a team to his wishes, as it will be his third season at the club. Winning FA Cup would instill more confidence into this side that they can compete for the biggest trophies.

This might not be an ideal season – mostly due to results in Champions League – but it could be a strong, solid base for the challenges ahead. Steady progress is good progress. 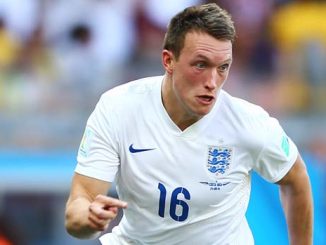 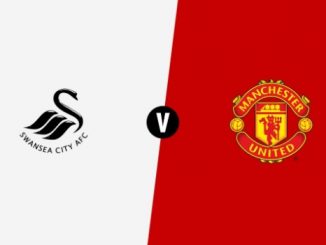