Plenty of Manchester United players were in action on Tuesday all around the world, playing for their national teams. Some of them were scoring goals, while some others were shipping in too many. Here is how they fared.

Paul Pogba and Anthony Martial both started for France in St Petersburg and had good games. Pogba scored one of the three goals – the other two being Kylian Mbappe’s deed – while Anthony Martial had some decent runs and moves throughout. The midfielder was doing well in the centre of the park and played whole 90 minutes, while Martial went off after 58 minutes, giving his place to Antoine Griezmann.

Alexis Sanchez was the only Man United player in this match and he did not have a spectacular game. It was a very uninspiring match and the Chilean played 75 minutes for the Copa America champions. There was not really much to see in this game.

Eric Bailly played for the visitors and had a good enough game. He was playing alongside Wilfried Kanone in central defence and while Ivory Coast did concede to the European minnows, they managed to scrap through and win it 2-1.

This was the only match Belgium was to play during this international break and luckily, Romelu Lukaku was the one scoring goals this time around and not getting injured. That was what happened back in October when Belgium played an unimportant qualifier against Bosnia and Herzegovina and he limped off due to a slight injury, while Marouane Fellaini had problems with his knee.

That did not happen this time. Lukaku scored a brace against the Asian side, while Fellaini did not enter the pitch at all.

All three Manchester United players were in action for England in this match. Ashley Young started as the left wingback while Jesse Lingard played as an attacking midfielder in a 3-4-2-1 formation. Young played the whole 90 minutes, while Lingard came off after 71 minutes. A minute earlier, Marcus Rashford entered the match instead of Jamie Vardy and played final 20 minutes as a forward.

Matteo Darmian, in Italy’s squad, did not play a single minute in either of Azzuri’s two matches.

In London, at The Hive stadium, Serbia got past Nigeria with a 2-0 victory. Both goals were scored by Newcastle’s forward on loan at Fulham, Aleksandar Mitrovic, while Nemanja Matic played for 65 minutes.

The Man United midfielder was part of a 4-2-3-1 formation, playing alongside Crystal Palace’s Luka Milivojevic and mostly shielded well the back four. However, Matic was sluggish in possession, something that also happened on Friday against Morocco.

What a match this was! And both Manchester United goalkeepers were playing for the whole 90 minutes! David De Gea conceded only once and that was a header from Manchester City’s Nicolas Otamendi, while Sergio Romero finished the match after only 20 minutes.

The Argentine got injured early on and had to leave the pitch, but afterwards Spain took a complete control of the match, scoring six goals from all of the six shots on target they had. 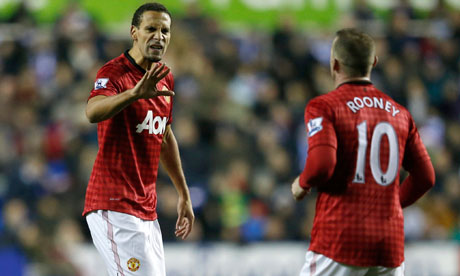 1 Comment on How Did Manchester United Players Fare On Tuesday’s International Duty?