Manchester United continued their fine form in 2018 by beating Yeovil Town 4-0 in the FA Cup fourth round match. Marcus Rashford, Ander Herrera, Jesse Lingard and Romelu Lukaku, as the hosts failed in their attempts to stop the Europa League winners. Alexis Sanchez made his Manchester United debut, while Michael Carrick finally returned to the starting lineup in Jose Mourinho’s team.

Alexis Sanchez Shows What He Brings To The Table

Last week he finally signed for Manchester United and this Friday he made his debut in the famous red shirt. There was talk of whether the Chilean will make the squad for the travel to Yeovil or will Mourinho give him to settle until the next Premier League match. However, it is no surprise whatsoever that Sanchez started the match. His will to play at all times is well known and this was a good opportunity for him to have a competitive match with his new team-mates to settle in even faster.

Sanchez played well, assisted Herrera for United’s second goal and gave problems to the League 2 side. Alexis created staggering six chances in just 72 minutes on the pitch, mostly spent on the left flank and coming inside with the ball.

This was Michael Carrick’s second competitive match this season and first after four months and six days. That is a very long time but Manchester United captain made it back. He recovered fully from injury and started his first match in 2018, after recently being confirmed as the new member of Mourinho’s staff once the season ends.

The only player from the famous Champions League-winning generation of 2008 did well throughout, doing his usual thing. He linked passes around with ease, completing 93 percent of them. He often changed tempo and directions of play with long balls which almost always found their way to a player in red.

It was expected that Mourinho will rest several players as the rival was not of the highest caliber. Yet, it was very good to see Jesse Lingard making instant impact after coming on in second half. He needed less than 20 minutes to get his name on the scoresheet.

Even though by the time of his goal in 89th minute Yeovil were already beaten, it is reassuring for Manchester United fans that Lingard’s incredible form will last. It will be interesting to see will he play alongside Alexis Sanchez next week and how that partnership will work.

In 2017, he won the FIFA U-17 World Cup with England and by the end of January 2018, his debut for Manchester United also came along. He might have spent just a few minutes on the pitch of the Huish Park, but Gomes made a nice dribbling right away, showing why he is being touted as one of the best talents England has.

Before the time of his next appearance for Man United plenty of time will pass, but the youngster should not be impatient. He will turn 18 in August this year and time works for him. If 2017 has been so great for him, who knows what else lies ahead of him in 2018. 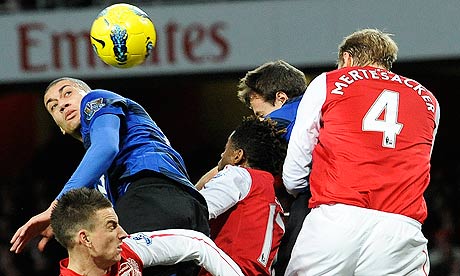