Manchester United have started the season well and in firing form, but then their midfielders started getting injured. First, it was Paul Pogba. His injury against Basel in mid-September hampered Man United the way people thought it could. However, it happened because of other injuries as well.

Marouane Fellaini got injured during October international break whilst playing for Belgium. That made the problem for Jose Mourinho a lot bigger. Fellaini was doing great job being a replacement for Pogba and with him out as well, it was all on Nemanja Matic and Ander Herrera. The Spaniard had his ups and downs defensively, while going forwards he was always a bit limited, compared to Pogba that is.

That brought Andreas Pereira to the fore. The Brazilian made a decision to not stay in Manchester and he left the club on loan for Valencia. And he is doing quite alright in Spain. Valencia are the team everyone is talking about, as they chase Barcelona at the top of the LaLiga.

Pereira has been playing in starting XI on and off. He made eight Primera appearances, starting in four of them. However, his impact has been felt. One goal and two assists are quite nice for a midfielder that is not starting regularly. He was particularly good in Valencia’s 2-1 win over Alaves last weekend, making a crucial assist for his team.

The Brazilian made a decision Mourinho did not hope for. The manager was eager to see him fight in Manchester for a spot in starting XI, but Pereira did not see it that way. He probably had a feeling he would not be playing before Pogba, Fellaini or Lingard. His decision to leave was not illogical from his point of view. After all, he chose very well, playing at the top end of LaLiga.

Could Manchester United Need Him?

However, Pereira probably was not thinking of the things like injuries. What happened was exactly what would have propelled him to the starting XI. Pogba and Fellaini got injured and Mourinho would have liked to have him in his side, giving that creativity to a team that has been lacking ever since Henrikh Mkhitaryan’s poor form coincided with the Frenchman’s injury.

If he was to come back to Manchester in January, Pereira would not be a first choice in his position. He could be fighting for it once again and he might even have an edge over Fellaini, as his situation over a new contract is still unclear. The crux of the season could be very tiring and Pereira would be an extra man for Mourinho.

However, our decision is a ‘no’. Pereira is a lovely player with lots of potential, but there are some reasons why Manchester United should not be recalled. First of all, he is doing fine in Valencia and his season should not be interrupted. That is the case especially since the Brazilian was the one to decide to leave Manchester this season. Pogba and Fellaini will come back from injuries very soon and he might not be as needed. After all, Scott McTominay is there to fight for the valuable minutes on the pitch. Mourinho should not urge Pereira to come back. He has plenty of options in all of the positions Pereira could play and the boss should concentrate on improving the players at his disposal. 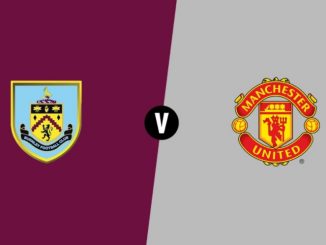