Manchester United will visit Stamford Bridge this weekend in a Premier League derby. It seems like the two teams will approach the game in opposite moods. Chelsea are currently sitting in fourth place in the league, with 19 points, four less than their next rivals. After a not-so-enthusiastic 1-0 win over Bournemouth, the Blues lost to Roma 3-0 in the Champions League and are now in a difficult situation.

This is a very different season so far from the champions than what we have seen last year. After ten matches, they have conceded ten goals and lost three matches. Their opening-weekend loss to Burnley was just about to be discarded as a blip. Yet, the poor form arrived once again. And this time it looks more serious.

Add to that bad performances against Roma, a 3-3 draw at home and a 3-0 loss in Rome, and you get 17 goals conceded in just 14 matches. The back three does not even resemble the last season’s quality. Six goals in 180 minutes against one of the best Italian sides speaks a lot about Chelsea. They still have a lot of work to do to catch up with toughest oppositions of the continent.

David Luiz, Antonio Rudiger and Cesar Azpilicueta have been making plenty of mistakes. So much so that at certain points against Roma, it almost looked painful to watch. Not to mention that Tiemoue Bakayoko has not managed to replicate the displays of Nemanja Matic and Chelsea have been hurt with the Serbian’s departure.

It has been puzzling to watch Cesc Fabregas play in that role alongside N’Golo Kante, as he is not the type of player that brings industrious performances. Chelsea’s foundation of defensive solidity has been missing since the season started and they will have to find solutions fast.

In Manchester, the situation in the last ten days has been very different. After a 2-1 loss to Huddersfield, Jose Mourinho’s team made sure they got back to basics. A 2-0 win over Swansea in League Cup and 1-0 win against Tottenham in the league show that the calmness is back at Old Trafford.

The match against Huddersfield turned out to be a blip away from home due to poor displays of most Manchester United players. The 2-0 win against Benfica on Tuesday evening also showed that the Reds have been concentrated in key areas of the pitch, not conceding in 270 minutes of football since that loss.

Eric Bailly showed all his qualities in the process. Anthony Martial shined against Spurs and Matic was usually dominant in the middle of the pitch. The atmosphere is now positive once again. The Devils will go into this match in a much better state of mind than before last weekend’s clash against Tottenham. Romelu Lukaku is still in need of a goal, as he has not scored for a while now. The chaotic defence of Chelsea’s could be a good timing for that. The Belgian should only deepen their troubles. 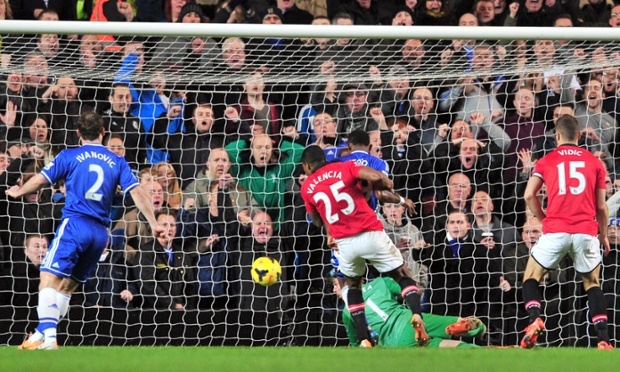