The 2018 World Cup Qualifiers saw their last matchday this Tuesday, as there was action on Europe, Africa, and South America. And as it has been the trend all game long, there were Manchester United players involved in several matches.

Eric Bailly started at centre back for Ivory Coast against Gabon. However, the cultured defender could not avoid The Elephants’ loss at home in what was a surprising result. Gabon pulled one of the biggest upsets of the day with a shocking 2-1 win away from home.

Bailly ended the game with four clearances, three interceptions and two tackles, but was the weakest link of the Ivorian defence. There is not a lot to worry about, however, as they remain at top of their Group with seven points in four games. But they must do well in their final two games against Mali (away) and Morocco (at home). Two more negative results could put Ivory Coast out of the World Cup for good.

David De Gea started between the posts for Spain against Liechtenstein. However, United’s keeper barely had to work in this game since Spain cruised their way to an 8-0 win that put them one step closer to Russia.

De Gea looked like one more spectator in the game, to the point that he only registered one save and pucnhed one ball throughout the entire contest. The win cemented Spain’s top position in Group G with 22 points, and La Roja already secured a playoff berth. But barring any catastrophe, they should qualify in their upcoming two games against Albania and Israel next month.

Darmian started at left-back for Italy against Israel in a must-win for Gli Azzurri. Darmian previously started on the right flank against Spain last week, so he is showcasing his versatility with the National Team as well. He was one of Italy’s best players during a hard-worked 1-0 win over Israel at home.

Darmian finished the contest with four interceptions, three tackles, three key passes and 11 crosses. The win solifided Italy’s second position in Group G behind Spain, and they shouldn’t have problems to clinch a playoff berth in their remaining matches against FYR Macedonia (home) and Albania (away) next month.

Just like last week, Nemanja Matic started as a central midfielder alongside Luka Milivojevic in Serbia’s 3-4-3 system against Ireland. And once again the former Chelsea player was an important piece for Serbia, as they secured a very important 1-0 win over Ireland on the road. Serbia won with 10 men after Nikola Maksimovic was sent off during the second half.

As a result, Matic spent most of the game on a defensive stance, but thrived in that role. He finished with two dribbles (one completed), four tackles, two blocked shots, one clearance, and one interception. But more important than that, Serbia moved themselves into the top spot of Group D with 18 points. If they win their next game against Austria on October 6, they will secure a World Cup berth. And Matic will play a key role once again.

Antonio Valencia started as a right winger for Ecuador against Peru. Unfortunately for him, Los Amarillos once again disappointed and lost 1-2 to Peru in a game that puts them almost out of contention for a World Cup berth.

Valencia did what he could for his side, though. He finished with one shot on target, 12 crosses (four accurate) and one tackle, but it wasn’t enough. Now Ecuador need a miracle to make it to Russia, since they will play against Chile (away) and Argentina (at home) in their final two games.

Sergio Romero started against Venezuela, but the veteran goalkeeper could not lead La Albiceleste to a much-needed win. Argentina dominated the match against La Vinotinto, but they could not translate their superiority into the score and forced to settle with a 1-1 draw.

Romero only registered one save, but there was nothing he could have done on the sequence where he conceded a goal. With the draw, Argentina remain in playoff zone with 24 points with only two matches left. But with Chile (23 points) and Paraguay (21 points) breathing down their necks, they need to be at their best if they want to clinch a berth in Russia next year. 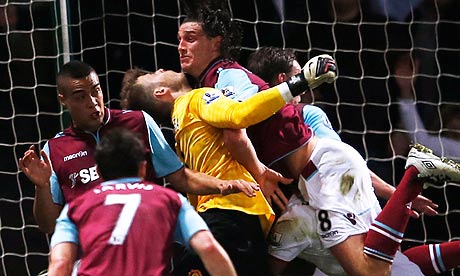 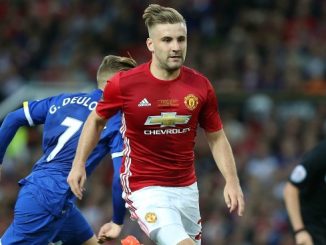