We talked about the possibility of Manchester United signing Serge Aurier a few days ago. And even though the deal has not been announced, it is reportedly close to completion. As such, the Ivory Coast international would become Manchester United’s fourth signing this summer. The club already acquired Victor Lindelöf, Romelu Lukaku, and Nemanja Matic.

On paper, it is not clear where Aurier fits with the team. He plays as a right back and centre back, but United have both roles well covered. Let’s remember Antonio Valencia, Matteo Darmian and Daley Blind can all play on the right side. And for the centre-back role Aurier would only be used as an emergency option due to the team’s depth. But with the right tactical changes, Aurier could become a regular starter for Mourinho from day.

How Does He Fit With The Current Squad?

Let’s look at things from a different perspective. Darmian played most of last season as a left back, and it is unlikely he will change roles just like that. And while Blind can operate at RB, he can also play at CB, DM, and LB. The Dutch’s calling card is his versatility, so Mou could easily keep him as a positionless defender to come off the bench. That would make Valencia the only natural right back on the squad, but there is one big exception here. The Ecuador international is a winger who. even though converted to a more defensive position, remains a bigger threat on the attacking end of the pitch.

If we analyse all those things together, then Aurier could easily become United’s first-choice at right back. He knows the role, can thrive on both sides of the ball, and is a very good defender. Furthermore, he has enough strength to adjust to the Premier League almost instantly. So he could be a good addition to a side desperately needing a bit more depth on the defensive end.

Negatives Aspects Around Him

However, there are some red flags around him. Aurier could not enter Great Britain last year with PSG, and there is a chance he goes through something similar this season. The defender had some law problems in France last season. And those things are not taken for granted in England. United will still apply for a work permit for the defender. But honestly, it would not be shocking if he does not get one. And if that’s the case, then United would have to discard his signature even though both parties already agreed to personal terms.

There is also something to note regarding their tactical discipline. Mourinho likes players who work hard and obey instructions. And even though Aurier can do everything the manager asks, at times he is a bit lazy off the ball. And he does not respective his positioning on times. That could leave a big void on the team’s right flank, one that opposing teams could easily exploit if given the chance.

For the most part, though, Aurier could become a decent addition to Manchester United. He would physicality to the defensive line, experience as a regular first-teamer in one of the top teams in Europe, and a lot of pace to the squad. If The Red Devils can get a work permit for him, they should do everything they can to land him. 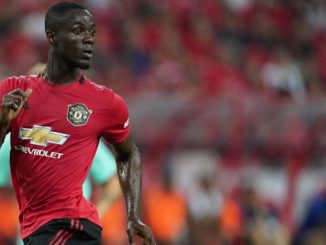 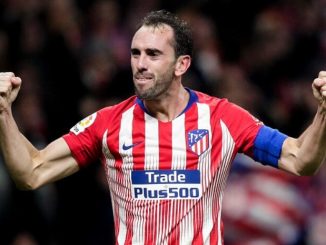