Man United showed another good, mature display in a slightly tricky match during the first 75 minutes. Swansea played in a brand new 3-5-2 formation, denying Manchester United spaces in key areas. Playing with three centre-backs, the Swans managed to always have at least two men on Lukaku’s back. Furthermore, wide players would always be well pressed, making life harder for the players in red.

Yet, Manchester United were not impatient. They waited for their chances and they duly arrived. When the chances came, Man United’s frontline made sure all of them were taken.

The Frenchman was very nervous in the first half. His display was not impressive. An early and unnecessary yellow card showed Pogba was a bit perturbed. Just few minutes later, Pogba made another needless foul, bringing him to the edge of getting sent off. Yet, his header in 45th minute allowed Bailly to score with a tap in. From them on, it was a different song from Pogba.

He was everywhere, flying around on the left and on the right. He was rushing through the middle as well, making it hard for opposition to follow him everywhere. The final 20 minutes of Pogba’s brilliant second half resulted in a goal and another assist, His tally is now at two goals and two assists in 180 minutes of football. Playing like this, his glory days of Juventus will be replicated at Manchester United in full.

That's one way to describe the Man United squad.

There are many expectations from Mkhitaryan and Martial to truly shine this season. So far so good, as the Armenian playmaker already set up four 4 goals in games, while Martial scored two and assisted one in just 26 minutes spent on the pitch.

If that is not good enough, Manchester United fans have even more reasons to be optimistic. Martial’s great but brief displays will make Jose Mourinho think about putting him into starting Xi. On the other hand, Mkhitaryan also has more freedom this season than before. Nemanja Matic’s assuring performances at the back of the midfield freed the Armenian as well, not just Pogba.

Mkhitaryan is playing wonderful stuff and with a striker like Lukaku in the squad, it is always great to have a productive playmaker as he is.

And the Belgian showed the best of his game. He had one chance throughout, he scored the goal. That is what is needed of him as a main spearhead. Defenders are now fully aware Lukaku will score from any tiniest chance they give him, whether that is space to move into or a scrap for him to convert.

Lukaku also has a lot of freedom. He is evidently freed of any unnecessary movements around the pitch, conserving his energy. Lukaku has great players around him who can do the needed job and then service him with quality assists. He played off of defenders’ shoulders on Saturday and scored the second goal of the match as a true poacher. 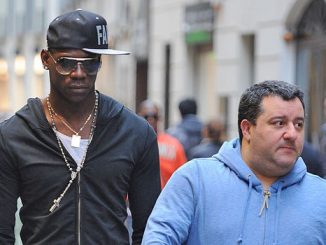 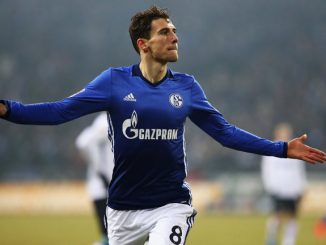 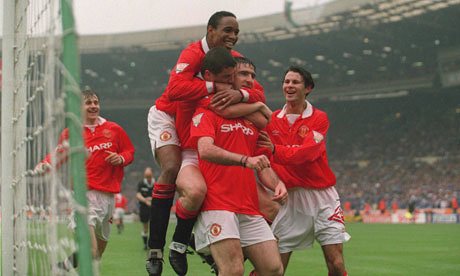 Remembering the brilliance of the FA Cup..