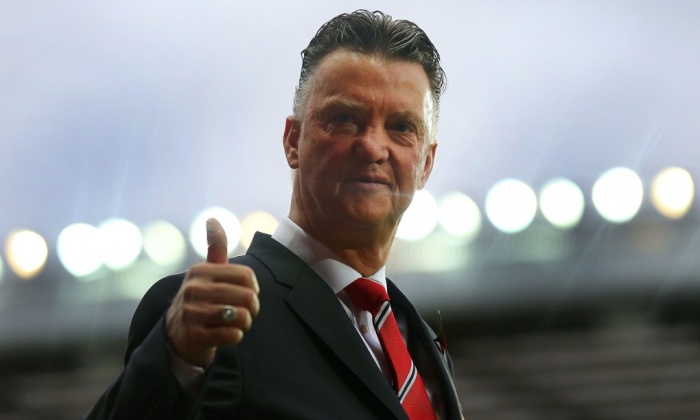 Nearly a third of the way through the league season and van Gaal’s United side are still yet to click. The players are currently playing their third system of the season and appear no closer to exemplifying the mythical ‘philosophy’ that the Dutch manager has referred to so often. But, this is not necessarily a bad thing.

To an outsider, a fan of another Premier League club who at best watches packaged up highlights of Man United on Match of the Day and the various live games shown on TV, United must seem like a bit of a wreck. The nature of David Moyes’ tenure means that this season will never be viewed in isolation but with a comparison to either shoot United and/or van Gaal down or find positives. Granted, four wins, too many draws, back-to-back wins just the once and being closer to the bottom than the top does not make for good reading.

But, the biggest difference between this season and the last is that United have a manager who thinks, chops and changes. And that is a big reason why the fanbase remains optimistic. (Of course, it’s worth remembering that although not a universally popular decision to appoint David Moyes, on the whole, United fans gave him plenty of support and encouragement long into the season so the van Gaal support now is par for the course anyway.)

Part 1: Making use of what there was

Pre-season and United employ a brand new system with three centre backs and wing backs. It was a reaction to the existing United squad, the players available at the time. When Strootman got ruled out of the World Cup it was what van Gaal reverted to; with the lack of credible midfielders (Carrick was injured; Fellaini at the World Cup and then after a brief return, got injured) it was the system van Gaal best felt Holland/United could play given a lack of command in the middle.

Despite a teasingly good pre-season when the real games began it was clear that the players were still nervous about it and possibly didn’t understand it. In the four competitive games it was used for United scored just two goals and struggled to make many more chances. The phasing from defence to attack didn’t exist and clearly this was not going to work in the long run. The fabled philosophy that reared its head in pre-season had burrowed deep into the ground although looking back, it’s possible no one really knew what this philosophy was.

The additions of Rojo, Blind and di Maria in particular towards the end of the window offered more options and exactly what a new system wants is a home game against a (then) woeful QPR side. The team needed to score goals and so van Gaal’s response was to play a diamond in the middle. QPR were terrible, di Maria was excellent and all of a sudden the team could score again.

The new found attacking confidence, went to Leicester. Di Maria running from deep was a threat and Herrera’s busyness in the middle kept things ticking over. United scored three but Leicester scored five and although in spells United were great fun to watch and made creating chances seem easy, the balance of the side had shifted too far towards scoring and defensively things were not exactly sound.

Successive victories then followed and again, there were (all-too-) brief spells of attacking prowess but United ended up clinging on against both West Ham and Everton thanks to Rooney and de Gea respectively. Suddenly scoring wasn’t the issue, it was reducing the chances against us.

There is simply no other club that has had to cope with the volume of injuries United have sustained so far. After just 11 league games, a whopping 22 (TWENTY TWO) first team players have missed games due to injury and each player is on average missing four games. Has it contributed to United’s season so far? Of course! Hardest hit has been the defence and in particular the centre backs. It’s seen Blackett, M Keane, McNair and Thorpe all make appearances as well as Vermijl’s bench inclusion. Considering the lack of experience and fit players, van Gaal moved to system number three.

This time the aim was to protect the defence and plug the leaks. Taking shape like a 4-2-3-1 or 4-4-1-1 there was one less striker and one extra body in the middle. It was first used away to West Brom and near enough succeeded. Van Gaal was understandably content after the draw, West Brom had just two efforts on target and pretty much posed no threat. Individual errors had been costly. The system was then used against Chelsea, Man City and Crystal Palace. In the two harder games United did fine. Against Chelsea the first half was ours, the second, theirs. Against City United had been in a game until Smalling’s dismissal.

At the weekend, Palace failed to trouble United. One communication error between a centre back pairing that may never play together again offered Campbell a chance but he failed to take it. For all the possession, there were poor decisions being made and although the BBC report 23 shots on goal it was not a game that saw Speroni forced into save after save. System number 3 has been effective against the better sides but United are yet to win a game playing decent football with it.

One common theme in recent games since the move to protect the defence has been the lessening impact di Maria has had. Probably our best and most talented player, maximising his output is crucial but so far he’s had success running from deep in central areas. Limited to the wing he’s seen less of the ball and as such been too forceful and hence wasteful when in possession. That van Gaal publicly said as much shows the attention to detail that’s going on and the constant desire to problem-solve and improve.

So far, in a very short space of time, van Gaal has shown himself to be a manager who reacts to problems. Whatever his philosophy is, is somewhat irrelevant at this stage. The various systems represent problem solving and until his squad is complete (that may not be for a year) and/or the injuries ease up, more changes are likely. A structurally sound defence (and if there’s a period where somehow Jones/Rojo/Smalling/Evans can stay fit that could be this season) will hopefully give van Gaal a platform to build upon and use players in their most effective ways.

It may only be after January that there’s a settled system and type of football played by United if some additions to the square are made. Strootman would bring the midfield closer to where it should be although Fellaini’s role and form in recent weeks has been a nice surprise (amusing that it’s taken van Gaal a few months to work out he’s not a defensive midfielder and yet despite coaching him for years, Moyes never quite cracked that one last season) and a defender or two not made of balsa wood would help. Looking further ahead, none of van Persie, Rooney or Falcao are young so identifying a striker could also become crucial.

I’m not sure I fully understand what van Gaal’s philosophy is. I know that history suggests his preferred system and probable eventual solution for United will be a 4-3-3. I also know he favours effective use of the ball and highly tactical performances. Beyond that I’m not exactly certain but they seem like strong foundations for any side.

It is easy to understand why football fans (and I include United fans in that) watch United right now and question whether there have been improvements and why the points total is so meagre. It’s also somewhat easy to understand why some feel van Gaal is getting an easy time of it from the press and the United supporters. Yet, given the squad overhaul that came with 20 odd players going in or out this summer, and the ridiculous number of injuries, van Gaal’s response has been encouraging. I daresay that some managers of other clubs who’ve also struggled in the opening part of this season could do with being half as flexible and proactive as him. It’s not a given that he’ll succeed where Moyes failed but like Moyes had the challenge of a tough fixture list, van Gaal has had his troubles to deal with. The clear difference so far though is that van Gaal is meeting those quandaries head-on with solutions, even if they’re only short-term fixes.

4 Comments on Cause for optimism: Van Gaal’s a twister, not a sticker