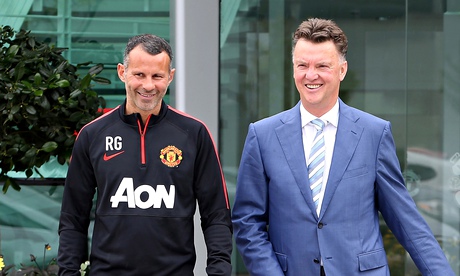 Despite not joining the club until after the World Cup Finals in Brazil, nearly all Manchester United fans were delighted at the news that Louis van Gaal would be the next manager of the club. We watched with joy when, what appeared to be, a happier Robin van Persie launching himself into the air to score one of the goals of the tournament. The diving header looped over Spanish captain Iker Casillas who was stranded by the quick thinking Dutchman. His high five celebration with van Gaal is something many Reds will be hoping to see time and time again this campaign.

Even though the former Holland coach has only been at the club for a week – he has been a breath of fresh air with his comments in the limited number of press conferences he has had thus far. A confident and self assured man that is never afraid to voice his opinion or to challenge the status quo. Already, the limp and predictable exchanges between his predecessor David Moyes and the press are a thing of the past. Manchester United have the real deal here – a manager who has won a number of titles in different countries and won the European Cup with a youthful attack minded Ajax side.

So what changes can we expect to see this season?

Challenging the hierarchy
How times have changed when today, Manchester United could well have a Chinese jockstrap sponsor for medium build men, who knew!? Louis van Gaal has spoken out about how the commercial commitments are affecting his preparations for the new season. This is of course a far cry from the leadership of David Moyes, who looked more happy to be there having won the Manchester United’s manager job in a social club raffle – rather than questioning why United had to play in the far East against the mighty Cerezo Osaka and of course that thriller against Yokohama F.Marinos!

That might be a tad unfair on Moyes, who was no doubt aiming to find his feet – but with van Gaal – he knows where his feet are and exactly where to put the boot in having managed some of the biggest clubs in the world. He understands how to work with the media and like Sir Alex Ferguson, can easily turn if he believes a journalist is stirring up something or compiling pure fiction.

This what is fans want to see – inspirational leadership from the boss who sets the agenda from the start. His comments that ‘the tour was already scheduled, so I had to adapt’ indicates that he understands the size of the club and the demands placed upon the players, but his follow up that ‘Manchester United will also need to adapt to my way of preparation’ highlights the fact that we all know who the gaffer is.

Tighter in the big games
Getting hammered 3-0 at home to Liverpool and then 3-0 to Manchester City was humiliating for all reds. When the final goal from Yaya Toure flew past the helpless David De Gea, it appeared that the Ivorian looked a little embarrassed by just how easy it was to score a goal in front of his own fans. Here were Manchester City on their way to the title, humbling the once all conquering neighbours and it looked as if he’d of scored the tenth in a pub game following a hungover fuelled mazy run past a balding 35 year old.

Moyes was then guilty of suggesting that United needed to aspire to be like the old enemy. We had the manager of the Champions conceding that his side needed to be more like rivals of the Champions, rivals who would go on to win the league title. Moyes was out of his depth, but with Louis van Gaal you have a manager who has been in the cauldron of the Bernabeu, felt the hatred of De Kuip in Rotterdam and beaten the mighty AC Milan on the grandest of stages. He has done it all and will ensure that his sides will not be humbled in big games this season. He was a mere kick away, following a superb tackle from Javier Mascherano, from the World Cup Final in what was indeed the tightest game of the tournament. Had Robben scored against Argentina, you never quite know what the Dutch might have achieved against their old rivals Germany in the Maracana.

Tactical superiority
Manchester United fans have prided themselves on that fact that the club has always had a rich traditional of open attacking football – with a love for wingers. From Billy Meredith (I will give a prize to a red who reads this and saw him play!) to Charlie Mitten to George Best to Steve Coppell to Ryan Giggs and so on, United fans have loved the trickery and skill of a player who is eager to take full backs on. Under Sir Alex Ferguson, United saw a shift towards a 4-3-3 formation following the defeat to Bayern Munich in the 2000/01 Champions League. There was often criticism aimed towards the manager, and Carlos Queiroz, for shifting away from the club’s philosophy of 4-4-2 with wide men.

Against Mark Hughes’ Blackburn Rovers in 2005, United lost 2-1 following a brace from Morten Gamst Pedersen and frustration grew at the way the team were patiently building up play with a lone forward. Ferguson was able to stick the formation, which in turn would help the club lift another European crown some three years later – but he knew when to shift to a 4-4-2 or 4-4-1-1 and when he would need to pack the midfield against possession based teams. Louis van Gaal is well known for playing a 3-4-3 style formation with Ajax when they lifted the European Cup in 1995 and from his exploits in Brazil with Holland, he can easily shift between a three man defence to a four.

Against Mexico, the Dutch started with three at the back – but constant pressure, which then lead to the opening goal forced van Gaal into making change. He opted for a four man defence and pushed the wingers right up to force the Mexican fullbacks into retreat. The gamble paid off and the Dutch won the game 2-1. Earlier in the tournament, he had demonstrated his tactical nous – outsmarting Spain, Chile and Australia.

Louis van Gaal will use 4-4-2 if required, but if he feels the need to play five at the back in a tight game to soak up pressure and then hit on the counter attack – then he surely will. Three defenders for United fans is a pretty alien concept, however – I’m intrigued to watch what the Dutchman does against Chelsea and Manchester City over the course of the season.

Confidence within press conferences
“We’ll try” was on of David Moyes’ favourite sayings at a press conference. It drove many United fans mad. Here was a man who inherited the league champions, but was more focused on ‘trying’ to win as opposed to telling everyone you are going to win. Confidence rubs off on those around you and if you’re assertive with your words, then your colleagues will respect you more so. United’s current manager oozes confidence and although was careful with his wording when asked whether or not he would win the league this season, you could sense there was an element of self assurance about the task at hand. He was quick to dismiss reports about his ‘disciplinarian style’ and cited that it was all press talk.

One of the oddest comments David Moyes ever made was when he kept an unfit Robin van Persie on for the whole game in the 1-0 defeat at home to Newcastle United. Following the match, the former United manager stated that “the crowd would have gone mad” had he replaced the Dutchman with United chasing a goal. Rather than worrying about what the crowd think, any self assured Manchester United manager would have withdrawn the player who despite his class was largely ineffective. In contrast, when van Persie was on his last legs against Mexico, which was in normal time, and Argentina in the semi-finals – van Gaal decided to withdraw the player.

Against Mexico, it worked – with Klaas Huntelaar netting the winner from the spot. Against Argentina, the Dutch captain would surely have taken a penalty – but the fact remains the van Gaal responded to events on the pitch, rather than what a fan, the chairman or other players think of the decision.

Discipline and motivation
There is a great story regarding Luca Toni and the new boss. Louis van Gaal had recently given the Bayern Munich players a stern drilling down about standards, when one day in the canteen, van Gaal saw 6″3 Luca Toni slumped in his chair. When the Italian, who netted a hatful of goals for Fiorentina a few seasons earlier, chose to ignore him, the Dutchman marched over and yanked him out of his seat before sitting calmly back down to enjoy his lunch. The little details are everything, even how you conduct yourself off the pitch.

With his personality, you either want to run through walls for him or indeed, as Luca Toni and Lucio found, you can become surplus to requirements if you do not adhere to his high standards, reminiscent of how Sir Alex Ferguson operated at times. He describes himself as a democratic and empathetic human being, but if you aren’t performing – he’ll make sure you’re aware of it. Many believe that somewhere along the line, he and Wayne Rooney will fall out – which will no doubt happen during the course of the season and will be rightfully kept behind closed doors. But as we saw in the early stages of the season, Rooney performs to the best of his ability when he has it all to prove. There was once a school of thought that the worst thing you can do is put an arm around Rooney. He might be van Gaal’s captain yet.

Whatever happens this season, United fans should be excited about the prospect of having a top class coach at the helm. The first non-British manager (excluding Frank O’Farrell) who has suggested he wants to see the players perform first before talking about transfers. The former Ajax, Barcelona and Bayern Munich manager who, in his words, is now at the biggest club in the world – via Amsterdam and returning from Brazil. 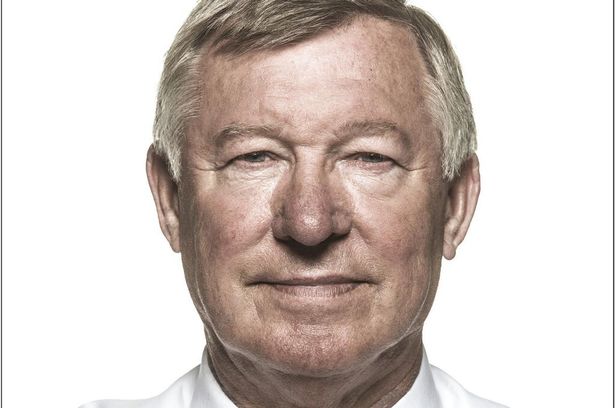 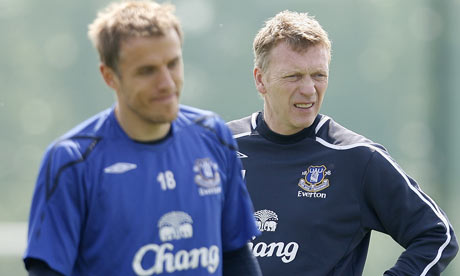