Manchester United hadn’t even signed Eric Cantona the last time Everton were last victorious in the league at Old Trafford. The Yugoslav Preki danced a merry dance around the helpless Peter Schmeichel to give the visitors a 3-0 win. United went onto lift the league title that season, the first time in 26 long years. It is looking highly unlikely that United will be retaining the title come May, as David Moyes’ men find themselves closer to the relegation zone than to the top of the table.

Bryan Oviedo, who was filling in for Leighton Baines – a summer transfer target for the home side, scored the only goal of the game to push Everton up to fourth place, whilst United linger in tenth position. United were unlucky not to hit the back of the net after Tim Howard saved from Patrice Evra’s header and Danny Welbeck hit the bar.

Lack of finishing proves costly
United and Everton generally balanced each other out with both sides having a sight of goal, however it was the Toffees who seized on their best chance. United had several decent chances, but were wasteful with Rooney, Welbeck and Nani guilty of putting good opportunities high, wide and not particularly handsome. Welbeck will now have serious questions asked about his role in the team. Danny is a player who has a link to the fans that has protected him at times from questions being asked about his output.

It has always been offered that Welbeck does a role for the team in his wide left role but even these outputs appear to have gone in recent times. With a forward line of Rooney, Welbeck, Kagawa and Valencia it is likely that the goalscoring prowess will rest with Rooney and Welbeck. We cannot rely on Rooney in every game as we have been doing and tonight Welbeck was offered a guilt edged chance from a few yards to get United ahead. Missing such chances, however easy or difficult will only raise more questions about what Welbeck is truly bringing to the United team at present.

Rooney was also guilty of missing chances including one where the ball dropped free to him in the box for a volley that may still be in the air. For all Rooneys excellent play and leadership qualities in recent weeks, he has still been guilty of missing chances that change games. This could be a result of others failing to step up to support Wayne or it could be that for all his excellent play, he still doesn’t possess that predatory instinct in the box.

The lack of van Persie and his deadly aim in the box only becomes more apparent the more we let games slip away from us.

Midfield woes continue
Whisper it quietly but this could have been Fellaini’s best efforts in a United shirt so far. His role in the team was to provide that anchor, win the ball and break up Everton’s play. He largely did this in a no nonsense way and looked much more mobile than previous efforts. The concern however is still the pairing alongside him and the continued selection of Ryan Giggs, which again highlights the real lack of viable and trust-able options for Moyes to select. Cleverley and Anderson are just too inconsistent to be relied on and it is now the soft centre that most opposition look to exploit. In time Fellaini will come good and be a solid Manchester United player but as long as we rely on a player in Giggs who should be no more than a back up, the longer we will continue to fail to dominate on the pitch.

Giggs was poor in possession tonight and was in one of those Giggs moods where the difficult option seemed to be the only one he wanted to take. It was Giggs playing a poor pass on the edge of our box that led to the Everton goal when we just needed to clear our lines. In the right situation, Giggs can be an option in the middle but against tough and feisty option like Everton he is just gets overshadowed and the game passes him by.

The call for strengthening in the middle will only get louder and the next two transfer windows will truly define how Moyes develops his first United team.

Moyes overreaction from some
When a manager was under pressure at any other club United fans used to crow about the need to give a manager time. Look at what we did with Ferguson they would say.

Interesting then that lots of fans are now claiming that Moyes is not good enough for United barely 6 months into his tenure. Maybe these fans should practise what they have been preaching more to others.

The following tweet sums up pretty well the situation as it stands.

It’s taken United fans six months to turn into Chelsea fans and for Everton fans to forget a decades worth of work. Well done all.

David Moyes did some fantastic work at Everton and took a club that was finding itself in the bottom half of the league consistently to one that was competing for Europe on a seasonal basis. Martinez has had Everton playing some excellent football this season and the foundations for the squad he currently has were built by Moyes. We have acknowledged for the last several seasons that this United squad requires some serious maintenance and this was never going to be achieved in one transfer window under the first new manager in a generation.

Moyes made excellent and bold changes in pursuit of goal with the introduction of Nani, Januzaj and Hernandez. One thing Moyes certainly hasn’t been is negative with his team selections, blooding younger players and taking the difficult decisions.

The players in recent weeks have let the manager down. Performances have not been good enough from many players and they must step up to back the manager with gutsy, determined performances.

On another night we could/should have taken all 3 points but this time it wasn’t to be. Serious questions are being asked but like Sir Alex said against Swansea last season, our job now is to get behind the manager. Change is never easy but we cannot start getting too nervy when the road gets bumpy.

It’s the first difficult season in 25 years. Don’t forget that. 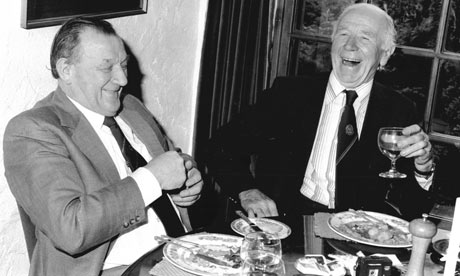 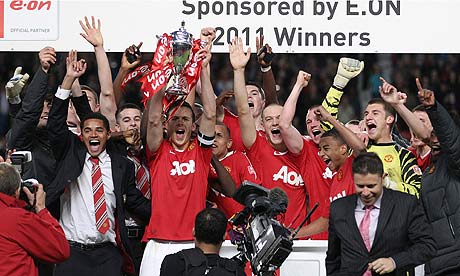