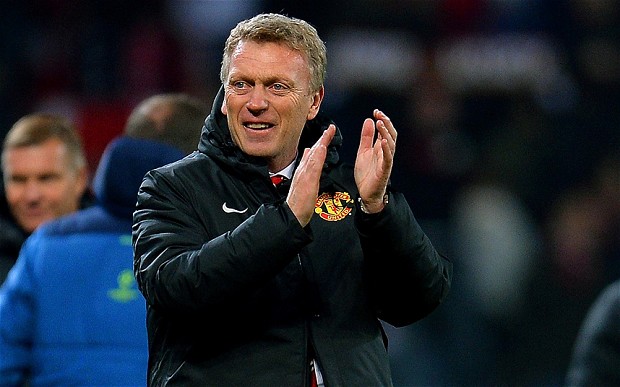 I wonder if David Moyes turned to Sir Alex on the plane back after last nights 5-0 win over Leverkusen and said ‘I thought this Champions League was supposed to be difficult?!’

United under Moyes have made simple work of the group stage of the Champions League this year however what does it really tell us so far?

United appear to be a real tale of two sides this season with a confident and strong approach in the Champions League balanced with a less than positive performance in the Premier League. Moyes appears to have grabbed the bull by the horns somewhat in the Champions League and taken teams on. With the standard of teams we are facing in Europe though so far is that to be expected?

Shakhtar have presented the obligatory ‘Eastern Europe banana skin’ but are a side United would expect to handle comfortably, a draw away from home and 3 points at Old Trafford expected.

Real Sociedad, whilst a hip Spanish passing team, were always expected to struggle due to loss of players and over achieving the previous season.

Bayer Leverkusen had the image of an efficient German side but didn’t carry anywhere near the threat of a Bayern Munich or Dortmund side.

A straight forward group that we were expected to navigate with minimum of fuss and that appears to have been the case so far bar one final home game against Shakhtar. The biggest positive to take from our performances so far in Europe is Moyes confidence in sending out sides to win games, particularly away from home.

Despite missing our only first choice central midfielder, first choice striker and captain, Moyes still sent out a very attacking side to take on a team that is currently second in their league and kept 6 clean sheets so far this season. Taking the game to the opposition away from home is Europe is something United have rarely done in recent seasons, preferring to secure at least a point away and win the home games under Sir Alex.

That is not to criticise Sir Alex and his approach, 2 winners medals and 4 finals is a testament to his success but it’s great to see that Moyes is attempting to put his own stamp on the approach in Europe. Moyes has made an excellent start to his first Champions League campaign though and it should bode well going forward, although stiffer tests in the knock out stages will show exactly how Moyes plans to set his team up on the continent.

United have so far only played C level teams who view getting out of the group as a successful campaign. That’s not to disrespect any of the sides we have faced but now the real test will start. Teams such as Juventus, Borussia Dortmund and AC Milan await United, even if they win the group. Sides with realistic aims of going far in the competition and who will punish errors that group teams have allowed us to escape with.

Only time will tell if we see the sort of attacking line up seen in Leverkusen in places such as Turin, Dortmund or Milan. For now though it’s highly enjoyable watching United take the game to teams again on foreign lands. It’s not in the style of the swashbuckling side of 98/99 but Moyes has taken the attacking ethos of United to heart.

In the Champions League Moyes has earned a ‘B’ grade so far, let’s just hope he has the confidence to go for that ‘A’ grade.