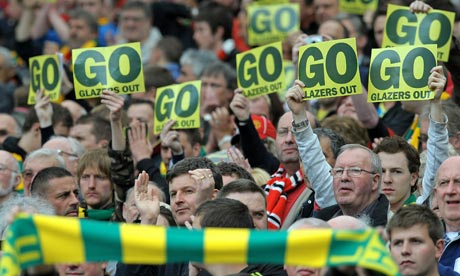 The Daily Mirror is reporting the Qatar royal family is interested in bidding for Manchester United. Since they first took over the Glazer regime has been met by criticism and protest from fans, and this may well be exactly what fans have been hoping for. This is nothing more than rumour at this point, so fans should read this story with caution. Keep checking this site for any possible developments and reactions.

No. Just no. Few things make me more ill than the thought of Carlos Tevez wearing a United shirt again.

Stretty Stories is now featured every day on False10.com