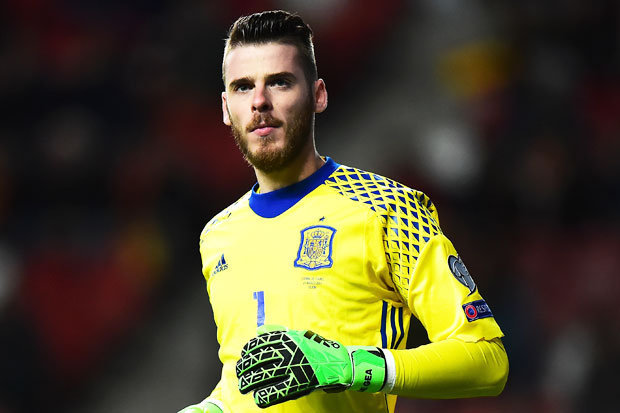 Finally! The international break is over! After the Tuesday night matches, the matches of national sides are coming to a conclusion for a while and the club football is about to return. For all of us impatient to see Manchester United back in action, those are some good news.

Antonio Valencia is about to play his second friendly match, as Ecuador are taking on Honduras in the night between Tuesday and Wednesday, but he also took part in his team’s bleak 1-0 loss to USA.

England were very good in both of their matches this past week. They scored 10 goals, five against Czech Republic and Montenegro, while conceding just ones. That meant two easy wins for the Three Lions. However, Man United players did not feature in any of those matches, even though they were initially called up for the matches.

Paul Pogba took part in both France matches during the international break, but he did not have to sweat too much in either of those. France won comfortably first in Moldova and then at home against Iceland, but the best moment from these two matches came from United’s midfielder. Pogba’s assist for Antoine Griezmann’s opener in the first match was truly mesmerizing and it is good to see he is doing so well ahead of Man United’s crucial matches of the season.

Eric Bailly scored during the international break! Ivory Coast won 3-0 against Rwanda in their last qualifying match for the Africa Cup of Nations and Bailly scored a header to help his team to a win. Ivorians did qualify to this summer’s tournament, before winning 1-0 in a friendly match against Liberia.

Scotland did not do very well in March matches and therefore Scott McTominay did not really have much fun. Man United’s midfielder played in both matches as a substitute. Against Kazakhstan he came on for the last 20 minutes in a shocking 3-0 loss which proved just how poor Scotland can be from time to time, while the second match was at least victorious. A 2-0 win in San Marino was supposed to be bigger and McTominay came on after 57 minutes of play.

Nemanja Matic did not play during this international break. At first, he was called up for the matches against Germany and Portugal, but after that it was reported he will be in contention for the latter match due to his injury issues. Still, soon afterwards it was announced that the midfielder was coming back to Manchester. Serbia drew 1-1 in both matches, first in a friendly match and afterwards in Euro qualifiers.

David De Gea took part in only one match in this international window. Spain won 2-1 against Norway and then 2-0 at Malta, but Man United goalkeeper was in goal only in the first match. De Gea managed to make two saves in that match, but Norway did sweat Spaniards. Joshua King scored from the spot to make it 1-1, but Spain found their way to victory.