The final day of the summer transfer window arrived and football clubs around Europe are in the most frantic day of the season. Clubs are trying to offload unnecessary players and bring in important signings. Manchester United apparently chose a different route.

Jose Mourinho’s team has brought in just three players this summer. Victor Lindelof, Romelu Lukaku and Nemanja Matic all came in before July ended. A month later, two of them are important players in the starting XI while the Swedish centre-back is slowly getting closer to it. Zlatan Ibrahimovic extended his contract for another year but will not be available before end of December, due to knee injury.

Manchester United do not to buy anyone nor sell. Their squad is set. The season has started and players are focused on the goals set before the team.

Lessons For Clubs To Learn

There are many lessons other clubs could learn from Manchester United. It is better to buy players earlier in the window, to give them time to fit into new environment. Of course, that is not always possible. Sometimes, clubs realise their team is not good enough in certain areas and decide to act in the final days of the window.

One problem is very important here – recruitment. Arsenal could be the one team with many recruitment problems in recent years. Also, Liverpool trying to get Alex Oxlade-Chamberlain on the deadline day shows Liverpool’s recruitment has not been ideal either. Their pursuit of Virgil van Dijk went terribly wrong when the player himself admitted he wanted to join the Merseyside club.

Manchester United scouted players on time, prepared and brought in signings which could pretty much be able to get into starting XI soon after arriving. That should be a good model for many other clubs.

There is peace at Carrington these days. Many players have left for international break and will come back in less than a week. They all know which club they will play for this season. There is no hurry to get any paperwork done. Fax machines will not be needed and players are nicely settled at Manchester.

All of this means players are in right mind set for the coming weeks. They do not have to worry if their future will be resolved. Andreas Pereira might leave on loan on the deadline day, but if he does not he is ready to stay and fight for the place in the team. Marouane Fellaini knows he will be part of this squad, no matter what the media are saying. That is very good environment for all the players.

There is no unhappy players at Manchester United. It is simple as that. At this point in time, all players know what to expect from this season. Some players will be first-team regulars. Other ones, like Anthony Martial and Marcus Rashford, will probably be constantly rotated among each other.

Luke Shaw might be the one that is not delighted with his current situation. Yet, a talented player he is, there is no certainties he will always remain on the fringes of the squad. The season is long and many players will be used.

Manchester United have a big and strong squad. Titles will be chased. What is not to like? 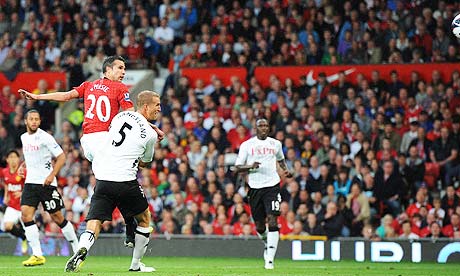