Fans are always looking out for the next big talent – someone to hype up and pin their hopes on. Last year we had Morrison, Pogba, Tunnicliffe and others but this season has been quieter with players getting injuries and an ever changing Academy team. However, one player has stood out since the turn of the year, Mats Møller Dæhli.

United’s Academy have had an odd season. Some of their best and most influential players have picked up long-term injuries and Paul McGuinness has rarely had the luxury of being able to pick an unchanged team. In the league, it’s all about development as opposed to the results, but even so, it’s over four months since the side last won a game. On the flip-side, various players have had a lot of minutes and certainly improved as the season has gone on (Jack Rudge and Sam Byrne in particular), whilst injuries have allowed a few schoolboys (U16s) to get minutes with the U18s – so much so that Nick Ioannou and James Wilson have forced their way into the starting XI in the FA Youth Cup.

As United fans know, the FA Youth Cup is considered the competition to win at that age group. Somewhat surprisingly United have reached the semi finals of that competition with some excellent all-round performances. These have coincided with injuries to two of the most influential attacking players in the side – Adnan Januzaj and Tom Lawrence. Fortunately though, in their absence, Mats Dæhli, a likely starter anyway, has stepped up and become not only the focal point for the side but arguably the star player.

Dæhli, a first year scholar, made his debut for the Academy as a schoolboy last season and has marked his rapid progress this year by coming off the bench for the Reserves away at West Brom. Short in stature, Dæhli’s feet are forever glued to the football – his close control, particularly at pace, is excellent and he’s been able to add a good final ball to his mazy runs. Playing predominantly in the middle with license to roam, Dæhli’s the player his teammates look to pass to, he’s the one who can create magic when little else seems on. Certainly his willingness to take carry the ball forwards and run at opponents has kick-started various United comebacks and revivals in games this season.

He may have arrived at United surrounded by some hype, as do most foreign youth signings, but it’s nothing compared to how he’s revered in his own country. The Norwegian media have described him as a “little Xavi” and have covered his progress closely in the national press since he was 14. Of course any player playing above his age group, as Mats does, is going to attract attention but already you can feel the expectation that is being laden upon him.

On his 17th birthday earlier this month, Mats signed a professional contract with the club. The month of March has continued to be good for him as he made his debut for the Norwegian U19 side (or so I’m told, may have been an U18 team but either way he’s playing above his age level!) yesterday in a game against Serbia. You can watch highlights from that game here.

As he has for much of his career, Mats found himself playing with bigger, stronger guys at least a year older than him. Unsurprisingly, it didn’t faze him and he was singled out by his coach as the best player on the pitch.

Before and after the game, Mats spoke briefly to journalists saying, “It was fun to play with players older than me. I feel like I’ve improved a lot the past three or four months. The training (at United) is very possession focused at the moment which helps me”. He’s clearly ambitious too, he’s said he’d like to try and break into the Reserves properly now he’s had a taste of it.

The influence of Paul Scholes cannot be underestimated either. Mats said that training with him has been incredible and that being at United is a dream come true. Certainly there are some similarities between Scholes’ style in the latter part of his career and Mats’ recent performances – in particular, his vision, awareness, and appreciation of space.

Since his days at Stabæk, Dæhli has been right at the centre of attention in Norway. It’s a similar situation to Magnus Eikrem in that respect, however, the feeling within Norway this time is that it’s almost inevitable that he’ll be a long-term success at United. Personally, as ever, I’d preach more caution and suggest that we should enjoy watching a very talented player at the moment. He’s certainly on the right path but aged just 17 it’s impossible to predict how he’ll develop. What’s certain though is that United’s coaches have their eye on him and are excited about working with him over the duration of his next contract. 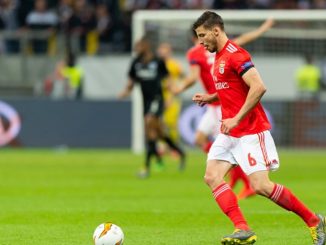 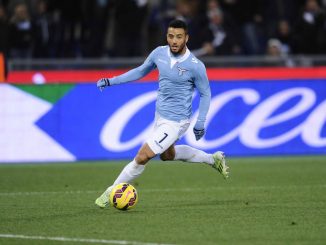 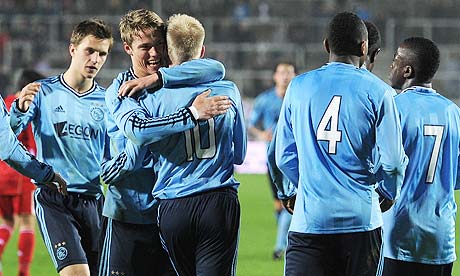