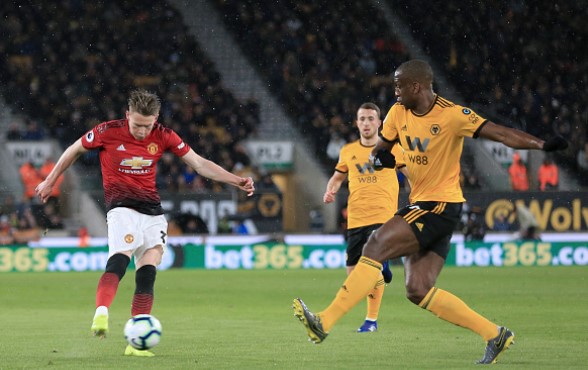 Manchester United are in January and that means a lot of cup action, especially since the team will play two semifinal matches in the EFL Cup. But before that, traditionally, comes the famous 3rd round of the FA Cup in which the Red Devils will meet against Wolverhampton Wanderers.

This match is to be played on Saturday afternoon and United will want to continue with their good results in cup competitions. Let’s see what we need to know about Nuno Espirito Santo’s side.

Since Wolves returned to Premier League at the start of last season, they have been THE bogey team for Man United. These two sides played four times already, with Wolves winning twice and two matches ending in a draw. Both wins were at Molineaux and both ended 2-1, one of them being in FA Cup last spring. The two draws were both at Old Trafford and both ended 1-1. This will be a good chance for Ole Gunnar Solskjaer and his players to end this negative streak and move into the fourth round.

How Are Wolves Doing?

Wolves are doing very well, although their recent results have not been as good, for various reasons. They are currently seventh in the Premier League, but just one point behind Manchester United. They are exactly where underlying numbers are suggesting they would be expected to be which is good, especially after their slower start to the season when they were still getting used to playing domestically and in Europa League.

In the last five matches, they lost three times, although Tottenham Hotspur and Liverpool take the two of the spots. They also won 3-2 against Manchester City, in a match where they truly shined after going 2-0 down. They lost just five Premier League matches, less than Man United, Arsenal, Tottenham, Chelsea and equal with Man City. That is some feat.

Adama Traore has been in some form recently. He scored once and added an assist in that famous win over Man City and since the start of the campaign, he has four goals and four assists in the league. What he also has is an incredible knack for dribbling. His physical strength combined with an incredible speed has been tormenting defenders, although it must be said he often lacks the final ball after getting into chances.

He has been making 6.3 completed dribbles per 90 minutes on average. That is incredible and United’s left-back should be ready for a tough game.

Watch Out, Raul Jimenez Is Coming

And another player worth fearing is Raul Jimenez. The Mexican striker is doing really well since joining Wolves in the summer of 2018 from Benfica. This season he is already at eight goals and six assists and to make things even more interesting, his xG and xA are suggesting he is not being lucky with such contributions.

His shotmap this season suggests that Jimenez is not afraid to shoot from distance, so De Gea should pay attention to him at all times, although those shots have been rarely dangerous. The centre-backs must try to stop Jimenez from getting into those chances into the box where he is ruthless.