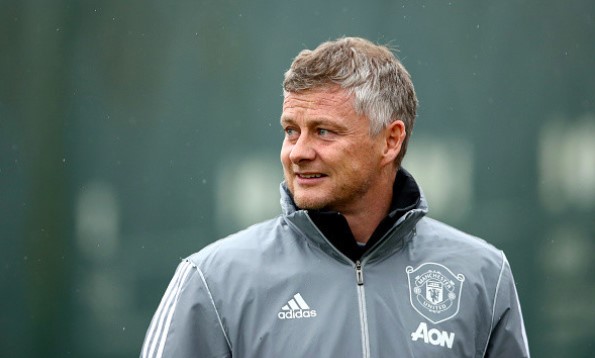 Manchester United are simply not good enough to constantly get good results against the sides clearly better than them. This time it was Manchester City who got the first part of their revenge United, as they breezed past the Devils in the first leg of the League Cup semifinal at Old Trafford.

City won 3-1 with goals from Bernardo Silva and Riyad Mahrez. Andreas Pereira scored an own goal to put City three goals up, while Marcus Rashford only managed to get one back in the second half.

Here are the things we learned from this match

Time and time again, Ole Gunnar Solskjaer continues showing everyone that he is not good enough for the job of being a Manchester United manager. Not that in this match United were favourites and failed miserably, but once more he showed the lack of clear ideas. Jesse Lingard somehow got his way into the starting lineup, Andreas Pereira was playing in defensive midfield for some odd reason once again, whilst Marcus Rashford wore the captain’s armband.

Rashford being the captain in itself is not bad, but with David De Gea and Jesse Lingard on the pitch (both were captains earlier this season), it was odd to see Solskjaer give the armband to the young striker. He is already the sixth player to captain Man United this season and that probably best represents the lack of clear decision making from Solskjaer and lack of real leaders in the squad.

Pep Surprises With The False Nine

Pep Guardiola once surprised Real Madrid with a ‘false nine’ position, back in the spring of 2009. It was then that his Barcelona thrashed their biggest rival 6-2 in the middle of Madrid and that match is being talked about ever since. This game will not be so historical as the Clasico of 11 years ago, but Pep did surprise his counterpart with a similar move.

Bernardo Silva is no Lionel Messi, but who is, and the marvelous Portuguese thrived in his new role. Guardiola did not start Gabriel Jesus nor Sergio Aguero and Silva’s work as a false nine resulted in him scoring the goal after 17 minutes with a lovely strike from distance. He then went on to assist Mahrez with the second goal, which meant Bernardo now has two goals and three assists in his part four Manchester derbies. He obviously has a knack for these games.

Williams Does Well Despite Surroundings

From Man United’s academy graduates, both Marcus Rashford and Mason Greenwood did well, especially when they were combining for United’s only goal, but it was Brandon Williams who showed once more that he could be a regular in this team’s starting XI.

He continued putting in performances that will make it harder for Luke Shaw to become return to the starting lineup. The 19-year-old full-back has been really good whenever given opportunity and despite everything around him almost falling apart, he showed creativity throughout the match. He was confident in his abilities and not flustered by the opposition. That is a good start.