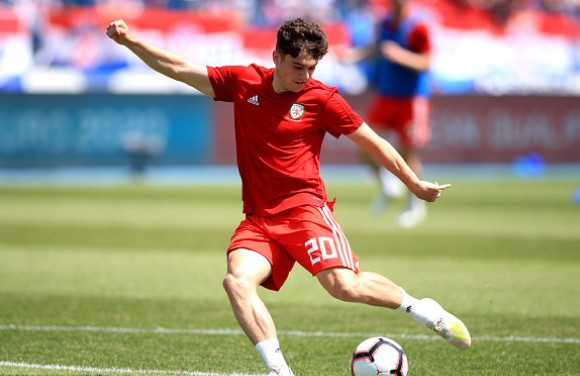 The November international break is halfway through, with three matchdays behind us. There are still three more to go and by the end of those three, we will know the 20 out of 24 teams to qualify for UEFA EURO 2020.

So, what are the things we need to discuss midway through the last international break of 2019? Here are some thoughts.

Wales Still In With The Chance

Wales still have a chance to qualify for their second consecutive Euros, as they beat Azerbaijan 2-0 away from home. This means that they are now one point behind Hungary, the team in second, with Slovakia still having a chance after a 3-1 loss to Croatia.

Daniel James played a really good match on the left wing and although he did not score nor assist any of the goals, his performance was a great one. He made three key passes for his teammates in the 82 minutes he played. Now Wales need to beat Hungary on the final day of the qualifying campaign and they will 100 per cent qualify alongside Croatia.

However, any other result will mean that Daniel James will not get the chance to play at the next summer’s tournament.

On the other hand, one other Manchester United player already qualified on Friday night. Sweden’s 2-0 win against Romania in Bucharest meant that they (and Norway alongside them) do not have any mathematical chance of progressing and Sweden therefore qualified. It will Sweden’s sixth consecutive European championship they qualified for.

Lindelöf put in a good performance, earned a clean sheet and a yellow card as well. Another big tournament coming up for the Man United centre-back.

Manchester United have been linked with a huge number of players in the past months and those numbers get even higher when a transfer window opens. However, that does not mean there are no new rumours when the window is still closed, as English media are suggesting Man United could go after John McGinn. From one point of view, this makes sense – he is a British player who is doing well this season.

But the media are suggesting that Aston Villa will refuse to sell McGinn to Manchester United unless the Red Devils lodge a huge offer. They claim McGinn is a top target for United, with Ole Gunnar Solskjaer earmarking the 25-year-old as the perfect man to add to his midfield. United are ready to spend in the winter transfer window, but there are claims Villa have almost no interest in offloading McGinn in January.

Does this actually make any sense? The fact he has scored three goals and assisted another two should not cloud our judgement. He is making a total of 27 passes per 90, an incredibly low number and he is attempting 3.8 dribbles per 90, a really high number for a central midfielder. That is not really a sustainable style of play at Man United, especially when he is making just 1.3 key passes per 90.

Man United should look elsewhere, let alone sign him for a huge transfer fee at the age of 25.