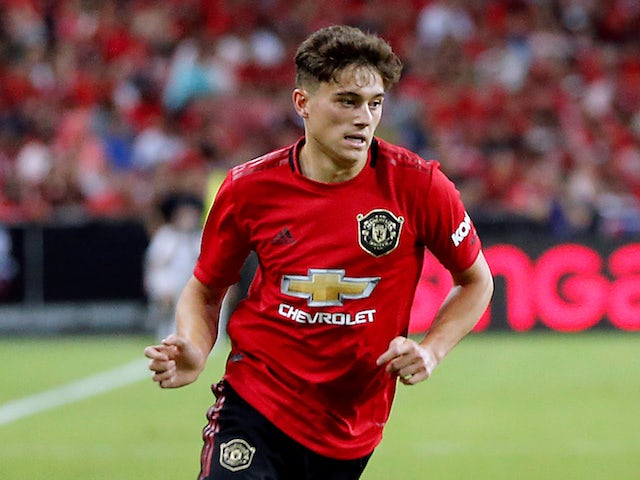 Manchester United have learned the names of their rivals in the Europa League group stage of the 2019-20 season. The Devils have been drawn into group L, the last of the 12 groups during Friday’s draw in Nyon and there will be some interesting matches in that group.

First from the Pot 2 arrived Astana. The club from Kazakhstan will be the most distant travel of all, as Man United could not have drawn a club that is further away from Manchester. From Pot 3 came Partizan Belgrade, the winners of Serbian Cup last season, a team that shares an interesting part of history with the Devils. And then from Pot 4 came AZ Alkmaar, the Dutch side that will definitely want to try and get into top two spots and move to the next round of the competition.

So, what do you need to know about these clubs?

One thing you need to know, especially if you plan to go this match, is that Astana is around 3720 miles from Manchester. Kazakhstan is geographically partly in Europe, with it’s more western side being part of our continent, but Astana is further towards the east. That will be a long trip and it will come just days before our match against Aston Villa.

Astana will probably have the least chances of progressing to the next round of Europa League and the Devils will definitely need to win both matches. Most of their squad make players from Kazakhstan, with just a handful of them coming from Serbia, Montenegro, Croatia, Romania and couple other countries.

Well, this will be the first time Man United will play Partizan in the last 53 years. These two sides played only two competitive matches in their history, but it turns out, they were very important for the Serbian club. It was spring of 1966 when these two clubs were pit against each other in the semifinal of the then European Cup. First match was played in Belgrade, which Partizan won 2-0. In the second leg, the Devils won, but only 1-0 and therefore Partizan progressed to their first and only European Cup final, losing afterwards to Real Madrid.

In those days, George Best led the team, but they still could not win. It is a fun fact that the stadium in Belgrade is still largely the same as it was back in 1966, so our current team will get to experience a similar atmosphere half a century later. Man United are a stronger team than Partizan, obviously, but should wary the atmosphere when playing away. The loud crowd can make bigger teams feel uneasy, as Liverpool similarly lost last season to Red Star, also in Belgrade. Zoran Tosic, former Man United player, currently plays for Partizan.

They could be a very dangerous team, especially for the other two clubs, less so for Man United. Their team is made up of players like Jordy Classie, who played for Southampton, the experienced Ron Vlaar, who played for Aston Villa and then a bunch of young players. They are vibrant, but as many Dutch sides, can leave a lot of space in behind. That should definitely be a good thing for United’s pacey attack and if things go as planned, the Devils will top this group without much fuss.