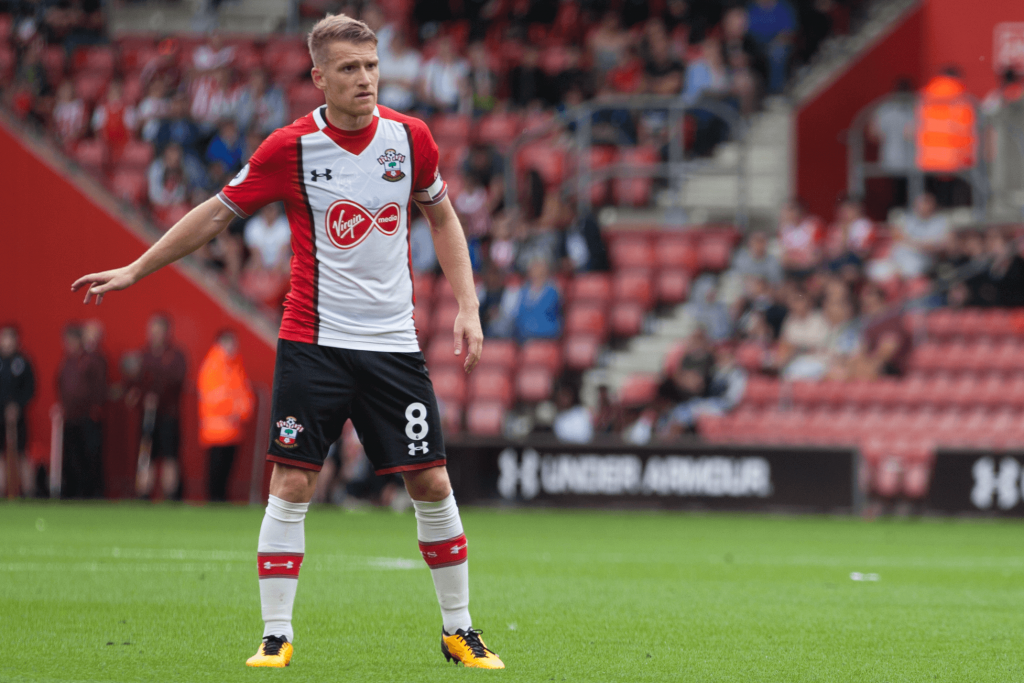 Manchester United are ready for their final match before the September international break. First three matches did not bring much to the team, as only four points were won, but the match against Southampton at St Mary’s could be a good way for everyone to feel better before the two-week break.

Ralph Hasenhuttl’s side has been something of a bogey team for Man United in recent times and in Southampton last season, the Devils did not have an easy ride. Expecting otherwise this time around would be naive.

Improving In Every Match

So far this season, the story for Southampton has been almost complete opposite to that of Man United. Whilst United first won 4-0 against Chelsea and then went on to play worse in the following two matches, the Saints were poor in their opener, before slightly improving in every of the following matches. They started with a 3-0 loss at Burnley, which was a truly appalling performance in every aspect. Ashley Barnes scored twice in that match, with Saints’ 3-4-2-1 formation with Che Adams as lone striker not working in the slightest.

Then against Liverpool, Southampton improved. They did lose 2-1 to the European champions, but they definitely gave the visitors a good ride. Saints scored from a goalkeeping error from Adrian, but also had their own chances. It was not expected from them to take any points from that match, but positives were there to be found. That is what helped them in the next match against Brighton.

Although Saints did get help from Brighton’s Florin Andone who was shown a straight red during the first half. In the end, Hasenhuttl’s side won 2-0 in Brighton, securing their first victory of the season. This time they played a 4-2-2-2 formation, mostly due to having an extra man, with Moussa Djenepo and Nathan Redmond being the scorers.

It is also worth saying that Saints had a midweek match in the League Cup, as they visited Fulham. They won 1-0 at Craven Cottage, playing their pretty much the strongest starting XI.

Expected Goals Tell Us Something

Expected goals give us best information over long periods of time, but even after three games we can see some interesting patterns regarding Southampton. They have underperformed heavily in both expected goals for and expected goals against. According to Understat’s model, they were expected to score 5.31 goals and concede 3.43 goals. In reality, their tally is three goals scored and five conceded. That is a big difference in such a short amount of time and it could tell us that they are probably playing better than what their results have been so far.

Defence Is Their Biggest Weakness

So far this season, we have seen that Southampton’s biggest weakness is their defence. It is not like they have some obvious disbalance in their squad, but they do have some more qualities up front than at the back. That is why Hasenhuttl often tried to play with three centre-backs at the back, to try and mask those issues. Jannik Vestergaard is not the player worth almost 20 million pounds and Jan Bednarek does not offer anything some other bottom-half Premier League squads do not have. Cedric Soares can be a decent player at right-back, while Ryan Bertrand a good player on the opposite side of the pitch.