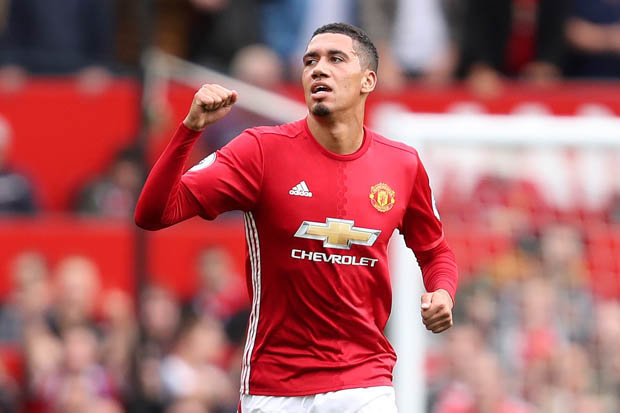 Finally, it is done. Manchester United have let Alexis Sanchez leave on a season-long loan to Inter Milan. The Chilean winger had a terrible time in Manchester, during which he never looked like a player capable of making any difference, let alone being the player with the biggest wages. Ole Gunnar Solskjaer was happy to see him leave to Serie A, with Man United still paying the bigger part of his enormous salary.

Now he will play again alongside Romelu Lukaku and it will be very interesting to see how these two players fare under Antonio Conte.

Chris Smalling Getting Closer To Roma

Chris Smalling is about to make his move to Italy and it will also be a season-long loan. According to reports from Thursday, Smalling will be going out on loan to AS Roma, as they are ready to pay three million pounds for the 12 months he will be with them. He is expected to show up at medicals on Friday and after that will most probably sign the deal. His departure will definitely mean more possibilities for players like Axel Tuanzebe this season. Victor Lindelöf and Harry Maguire remain the starting partnership, but throughout the season, Tuanzebe could get more chances than what was previously believed.

For so long we have been reading about Italian clubs being interested in Matteo Darmian, even with Inter Milan and Juventus mentioned. However, that will not happen, as the latest reports are Darmian will be joining Parma. Two time UEFA Cup winners want to bring experience in their second season back in the Serie A and Darmian could provide just that. Darmian’s departure will not make a big difference, as he was never expected to have a role in this Man United team.

Europa League Draw Is On Friday

Manchester United will learn the names of their Europa League opponents on Friday at noon. They are in Pot 1, with 11 more teams, with which they will not be in the same group. Those teams are Sevilla (ESP), Arsenal (ENG), Porto (POR), Roma (ITA), Dynamo Kyiv (UKR), Beşiktaş (TUR), Basel (SUI), Sporting CP (POR), CSKA Moskva (RUS), Wolfsburg (GER) and Lazio (ITA). Another team United will not meet with are Wolves, who are in Pot 3.