Manchester United squad keeps getting thinner and thinner. As the transfer market closes, teams all over Europe are looking to finalise their squads. That could force Manchester United to lose one player or two over the next few days.

The Red Devils lost Alexis Sanchez on a season-long loan move to Inter this past Tuesday. Nemanja Matic might leave the side before the market closes next week. And now, the Old Trafford side has lost an experienced centre-back ahead of the 2019-20 campaign. We’re talking about Chris Smalling.

The former Fulham star and England international lost his place in the starting XI following the arrival of Harry Maguire. And he is now going to leave the club to get the first-team minutes he wasn’t getting at Old Trafford. The move will be a shocking one, however. Smalling will join Serie A giants AS Roma for the remainder of the season.

According to a report from Sky Sports, Roma needed to bolster their defence but were lacking options in the market. Their top target, Guillermo Maripan, signed with AS Monaco.  They approached Dejan Lovren, but Liverpool were not interested on a temporary deal. As a result, Smalling moved to the top of the team’s shortlist. Conversations were smooth, and the only thing missing to complete the switch is the official announcement from both sides. There is no word on whether this deal would have a buy option at the end of the loan spell, though.

Smalling’s departure could have consequences for United as well. With him out and Eric Bailly out until Christmas – on a best-case scenario – United will be extremely thin at centre-back. Phil Jones is the only natural back-up for the Lindelof-Maguire pairing, although Axel Tuanzebe and Marcos Rojo can also play that position if needed. But as things stand out, Solskjaer will fully trust in Maguire and Lindelof to do the heavy lifting defensively for the squad. 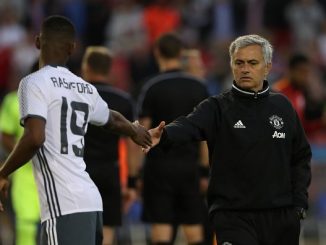 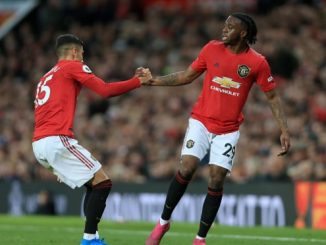