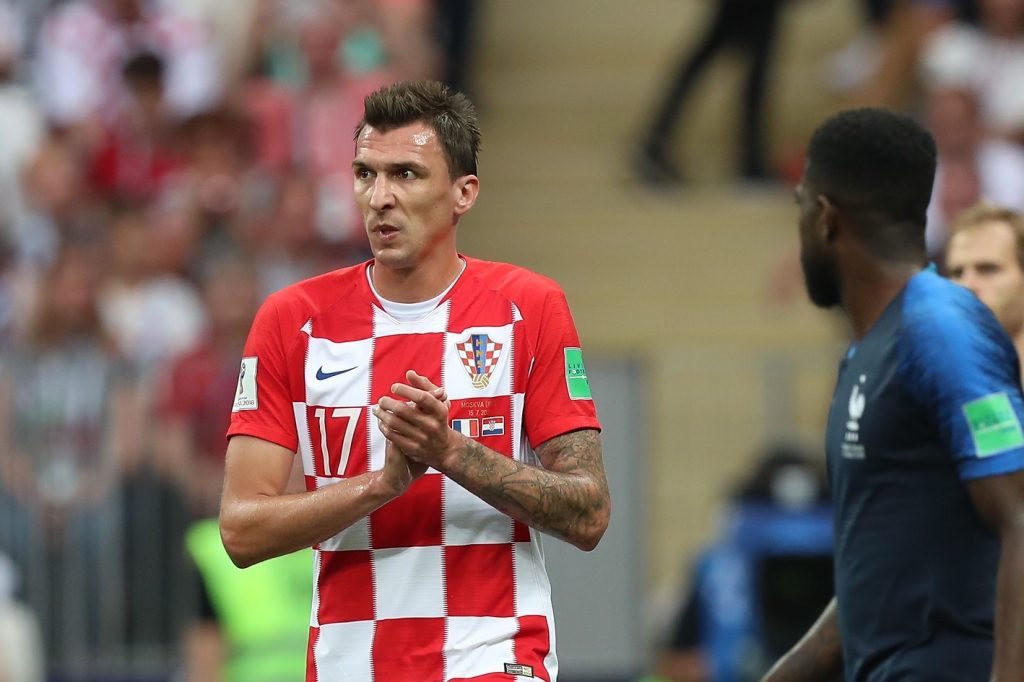 Manchester United are very close to signing Mario Mandzukic from Juventus! Latest news regarding a potential move of the Croatia international seem to have accelerated this weekend, as Mandzukic has reportedly agreed to make a move to England.

According to the Daily Mail, Manchester United ‘have virtually signed Mandzukic’, after two sides agreed to financial terms of a potential deal. The deal is expected to be finalized in the coming days, early next week. Media are claiming the 33-year-old has agreed personal terms on a contract until 2022. It will see him earn £6.2m per year, as some are even reporting the deal will be worth around £15m. This means that United are in total committing to spending £33.6m on the whole deal for Mandzukic – with both the transfer fee and full salaries included.

It is important to note that Ole Gunnar Solskjaer sees Mandzukic as a replacement for Lukaku, which makes sense – Man United do not have enough time to search for another striker and the experienced choice of Croatian veteran should offer some combativeness on the pitch, along with his experience and obvious quality.

However, it should also be said that maybe Man United should have tried to sign him on a two-year deal with a trigger clause for another season, depending on the number of matches played in his second year at the club. This way, United would be less committed to a 33-year-old with a deal that ends when he will already be 36.

Gianluca Di Marzio was one of many to report that Harry Maguire is in Manchester, where he arrived on Sunday to go through his medical. Di Marzio also noted that this will be a five-year-deal, which makes sense for both sides. Man United are tying him for the best years of his career and Maguire will get the stability and calmness with such a big contract.

Far more important will be how fast will he fit into this team and whether he can make a great enough contribution for the most expensive defender in the history of football.

Manchester United are still waiting to see whether Paulo Dybala will opt to join them. Reports from Italy suggest Dybala and his representatives want a net salary of £10m per season, with commissions for agents worth around £10m as well, for brokering the deal. The net salary would mean that Man United would basically be paying £20m per season for Dybala – this is due to differences between England and Italy, with Italian clubs and players looking only at after-tax salaries, which is not the case in England.

Tuanzebe Should Stay This Season

Axel Tuanzebe had a very good pre-season and he should stay at Manchester United this season despite the arrival of Harry Maguire. The centre-back was loaned out last season, but this time that should not happen. With Eric Bailly out injured for about five months and with Phil Jones and Chris Smalling never being far from shocking, Tuanzebe should stay close to the first team and wait for his chance to shine.