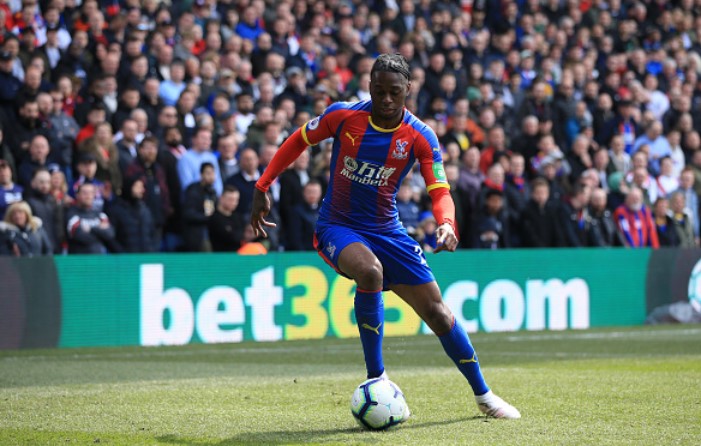 Aaron Wan-Bissaka is nearing his arrival at Old Trafford, it appears from everything we have seen in the media this Thursday.

United and Palace officials have been in talks since the weekend over a fee for the England Under-21 right-back, with the Selhurst Park club wanting at least £50m guaranteed for the 21-year-old. Palace rejected United’s first offer last month but progress has been made on the terms in recent days. Palace also want United to remove the sell-on clause that was part of the deal that took Wilfried Zaha back to Palace in January 2015.

That is what The Guardian have reported today and many others claim that it is just the matter of time when the two clubs will strike a deal. There are even some rumours saying this deal could be worth as much as £60m, after Man United’s uncertainty to pay £50m straight away, opting for numerous add-ons that have not made an impact on Crystal Palace.

Wan-Bissaka’s poor performance against France at the Under-21 European Championship couple of days ago could point out the fact that he has not been as focused as usual, considering Man United are eager to sign him.

Juan Mata Signs New Contract And That Is Okay

“Manchester United is delighted to announce that Juan Mata has signed a new contract, which will keep him at the club until June 2021, with the option to extend for a further year. During his time at United, Mata has won an Emirates FA Cup, a League Cup, the UEFA Europa League and FA Community Shield. The midfielder has been capped by Spain on 41 occasions and was a member of the squad that won the 2010 World Cup, as well as the 2012 European Championship”, the club website announced on Wednesday.

And that is good news for Manchester United. Considering current situation of the club, first team and everything that Man United have (not) done on the transfer market, the club really needed to keep Juan Mata. The Spaniard is not really the player to build your team around anymore, nor should he be considered the starting player week in, week out.

However, with United in a terrible position, they need a player who has been at the club for quite some while and who has certain qualities. Mata’s playing time might not be what it used to be, but having him in the dressing room might be very important.

David Brooks had a great season for Bournemouth and now it appears that the Welshman is a target for Man United. Today’s rumour mills claim Brooks is the latest name on that list of wanted players, as the Devils keep looking for young British players to sign this summer.

After Dan James, Brooks would be another attacking minded midfielder from Wales to join and after seven goals and five assists in Premier League last season, Man United are now keeping their eyes on him.