On the back of two straight 2-2 draws – one against Southampton this past weekend and another one at home vs. Arsenal this Wednesday – further extended Manchester United’s winless run in the Premier League up to four games. However, they couldn’t have asked for a better opponent to end that streak. The Red Devils will host a struggling Fulham side that sits at the bottom of the standings based on their goal differential, and currently own the worst defence in the league with 36 goals conceded.

Read on to find out everything you need to know prior to this weekend’s match:

Alexis Sanchez and Victor Lindelof have been ruled due to injuries, but Manchester United could have several players out. Mourinho spoke during the press conference and confirmed that he is waiting on the fitness of several players, such as Eric Bailly, Anthony Martial and Phil Jones, among others. “For sure we are going to play with players not at the maximum of their potential, but players that will make themselves available like Smalling and Jones did,” he said in his press conference. One player that is slated to return is Ashley Young, who missed last week’s match with a suspension.

The Cottagers, meanwhile, do not have injury concerns since Claudio Ranieri didn’t report any fitness issues. One player that won’t be available, however, is Timothy Fosu-Mensah. The defender is currently on loan from The Red Devils, so he can’t face Manchester United due to Premier League rules.

Inconsistency seems to be the name of the game for Manchester United, as they have drawn their past three fixtures. Their four-game skid has seen them fall all the way to eighth place with 23 points. However, they are level with Everton (6th) and Bournemouth (7th). The team needs to string a good run of results if they want to keem themselves alive on the race for a European berth, but things are getting tougher and tougher for them. Before kick-off, The Red Devils sit eight points away from a Top 4 berth.

On the other hand, Fulham haven’t had an easy return to the Premier League. Through the first 15 games of the competition, The Cottaagers sit dead last in the standings, but they are not dead by any means. They are level with both Burnley and Southampton, in 18th and 19th respectively, with nine points, and sit just one point behind 17th-placed Huddersfield Town. For what is worth, Fulham are yet to win on the road during the current term.

What is our all-time record against Fulham?

Manchester United have a solid record against the Cottagers. They have won 49 of the previous 82 meetings in all competitions, drawing 19 and losing 14 times. The Reds have netted 163 goals against Fulham, conceding 90, and boast a win-percentage of 59.76%. Undoubtedly, all these are positive signs going forward for them. Can they take advantage of them?

As it happened against Crystal Palace, there’s no question Manchester United look like the superior team on paper. And even though they have been underwhelming of late, they should have enough in them to secure the three points and leave their negative run of results in the rear view. 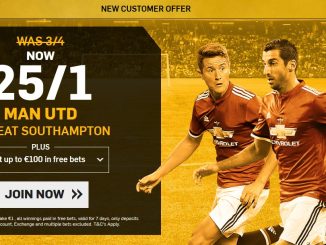