Manchester United will take on Liverpool at Old Trafford on Saturday early kick-off in 30th Premier League round of the season. Jose Mourinho will try and make the gap between two teams go to five points. This clash is one of the greatest rivalries in English football, so we decided to see how would look a combined XI of these two sides.

Things between the sticks are quite clear. David De Gea is the best goalkeeper this season in whole of Premier League and his place is guaranteed. The Spaniard makes 81% of saves from faced shots and is by far the best in England. His heroics are the reason why United conceded only 22 goals when the expected goals against amount to 34.18.

The back four will be completely split. Valencia gets the nod for the right-back position, while Andy Robertson goes on the left flank. Valencia is one of the most experienced players from both sides and his ability to play in this position so well after so many years as a winger speaks volumes. Robertson showed great progress this season and has been quite reliable for Jurgen Klopp

Virgil van Dijk shows why Liverpool were so eager to get him. The Dutchman made their back four much more composed and steely, while Eric Bailly has been missed at Man United whenever he was unable to play. Now he returns and is expected to start on Saturday ahead of Victor Lindelof.

As we opted for a 4-3-3 formation, there are some changes here regarding positions. Nemanja Matic will play as a shield in front of the back four as he would be a better option than Jordan Henderson. The Serbian has played every Premier League match this season and that goes to prove how valuable he has been to Man United. Paul Pogba playing alongside would offer a lot of attacking threat, while the biggest change is on the opposite side of Matic.

Here, we chose Sadio Mane to play as a midfielder. He would be a similar player to Pogba here, going forwards whenever he gets chance. The reason for choosing Mane here would be to accommodate the front three properly. Also, Mane’s energy would also be useful in these areas of the pitch and his and Pogba’s late runs towards the box would create havoc.

And the front three. The choice is obvious. Lukaku is playing centrally as the best out-and-out striker from both sides. Firmino has played in that role for Liverpool but he is basically a false nine offering his team movement, agility while pressing opposition’s backline.

Mohamed Salah is complementing them with his speed. The Egyptian has been the best player in Premier League this season alongside Kevin De Bruyne and his goalscoring cannot go unnoticed. With Lukaku as an aerial threat, this team would be able to break sides with all possible tools – speed, strength, physicality, technicality, pressing… 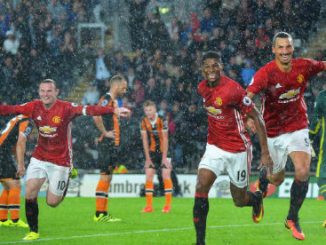 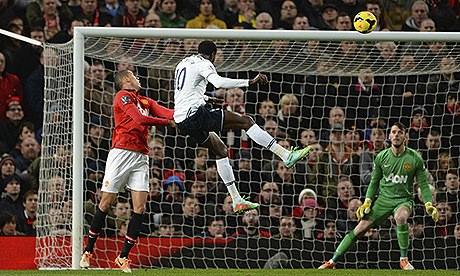