Manchester United are currently riding a four-game winning streak at the Premier League level following a thrilling victory over Arsenal at Emirates Stadium this past Saturday. But they will face their biggest game of the season thus far this Sunday, as The Red Devils will host Manchester City in a new edition of Manchester’s Derby, a rivalry that quickly became one of the biggest in Europe based on the strength of both sides right now. The game starts at 16:30 BST, and Michael Oliver will be the referee.

Manchester United are in pretty good form at the moment when it comes to injuries. However, they are not at full strength and there will be a few absentees.

Undoubtedly the biggest absence for United will be the loss of Paul Pogba. The French playmaker was sent off last week against Arsenal and received a three-game ban. His absence should only weaken a midfield area that also won’t have Michael Carrick and Marouane Fellaini either, as both players have been ruled out due to injury. Centre-back Eric Bailly is out as well, although a trio of players could return in time for Sunday’s derby. These are Nemanja Matic, Zlatan Ibrahimovic, and Phil Jones. Manager Jose Mourinho essentially confirmed all three are available and could be in contention for a squad spot.

On the other hand, Manchester City won’t have John Stones and Benjamin Mendy since both are rehabbing from their respective injuries. Vincent Kompany is doubtful, and David Silva is reportedly fit. The same goes for Nicolas Otamendi, Kyle Walker and Fernandinho. The trio has been receiving rest over the past few games, but all three should start Sunday.

Manchester United currently sit in second place of the English Premier League standings and even though they are a bit far from Manchester City in the title race, there is no question they are on the right path thanks to their current four-game winning streak that included a stellar performance in their 3-1 victory over Arsenal this past Saturday. Their form during the UEFA Champions League has been pretty solid as well, and secured the top spot in their group following their 2-1 win over CSKA Moscow earlier this week.

However, Manchester City’s form has been even more impressive. The Citizens have a sizable lead at the top of the standings and currently have an eight-point gap over United. They have 14 wins and just one draw across 15 matches, and have the best domestic record of any side in any of Europe’s top five leagues. They are coming off a 1-2 loss to Shakhtar Donetsk in the UEFA Champions League earlier this week, but Pep Guardiola played that game with an alternative squad since they already qualified for the next round. It is worth noting City are riding a 13-game winning streak at the EPL level.

We will witness quite a clash of styles at Old Trafford on Sunday. On one hand, United have the best defence in the league with only nine goals conceded in 15 matches. But City have the best attack, since they have scored 46 times over that same span. Which one will prevail?

Manchester United are riding a four-game winning streak at the Premier League, and the team has been nearly unstoppable at home. But City have looked almost unbeateable this season. Considering the clash of styles between both clubs and United’s record against top teams this season, it seems Mourinho will try to frustrate City and hit the counter. I see United trying to win, but might settle for a draw if City dominates the game. 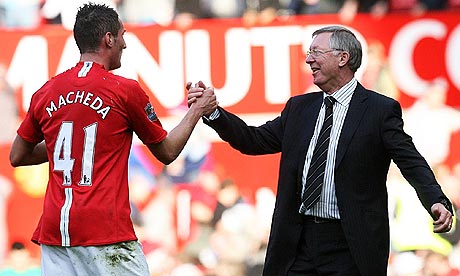