Through club channels, social media and the traditional media there is an ever-growing interest in youth football today. There are three stand-out reasons for this: 1) there’s a race to spot the next big star with social kudos as the prize; 2) there’s a genuine interest from the media to keep abreast of what is and isn’t working at youth level; 3) the ‘outrage generation’ are always looking for success or failure stories. As a result, there’s currently as much coverage and conversation about youth football than there ever has been.

However, Man United haven’t been coming out of it all very well. In the latest international break, somewhat inexplicably, there wasn’t a single United player in the England U20, U19, U18, U17 or U16 squads; Jesse Lingard in the U21s was the sole club representative in the national youth setup. The club’s non-participation in the UEFA Youth League and quarter final exit from the FA Youth Cup meant they’ve missed out on TV coverage and a chance to show off their top talents. The narrative at the start of the season was that United had forgotten about the club’s tradition of youth production and recent articles believe United are falling behind in that area.

Whilst all at United may not be perfect in the youth setup, the club still contains plenty of talent. Yesterday The Telegraph produced a pretty good list of the top 35 prospects in English football – a thankless task given that there are genuinely so many to choose from but this list didn’t include a single United player. This may have been because of the reasons listed in the previous paragraph but even so, United have plenty of talent in their ranks at the moment. Using similar criteria to The Telegraph (U21 and not a Premier League regular) here, in no particular order, is my top 10 United U20 English prospects:

Needs no introduction, a forward with a track record of scoring at every level he’s played at. His acceleration and finishing makes him an exciting prospect for club and country. Although 2014/15 has offered mixed success it’s been his first full season with the first team and one he can only learn from. It wouldn’t be surprising to see him go on loan next season but importantly, he needs to stay fit and shake off the niggling injuries that have disrupted him for too long now.

A tough-tackling, energetic central midfielder who’s been with United since he was 9 years old. His scruffy looks and all-action style shouldn’t distract from the fact he’s a fine passer of the ball and is technically sound. His loan in 2015 at Barnsley has been very successful and although another may follow next season he could well be included in United’s pre-season plans.

Always wanting the ball, Joe is a passer and tempo setter in midfield. His loan to Blackpool earlier this season didn’t work out as hoped and he continues to pick up injuries quite easily but United still rate him highly. Former players, Paul Scholes and Darren Fletcher have both singled him out as someone to keep an eye on. Impressively, his centre midfield partnership with Ben Pearson has existed for club and country for over 10 years now.

Although injuries have limited his appearances this season, Josh has found the step up to U21 football comfortable and been rewarded with a first England call-up. Arguably his technical skills are the best of any player outside the United first team and his team-mates have been known to admire how good he is in training. Whether it’s in centre midfield, behind a striker or out wide, he’s always a goal threat from distance and his set pieces create plenty of opportunities for the other players.

With bags of pace and plenty of tricks, Demetri is everything United fans love to see from a wide player. He’s at his best when taking on a defender one-on-one but doesn’t shirk his defensive responsibilities either. He had an explosive start to the 2014/15 season but picked up a bad injury and has missed most of the campaign. Even so, he’ll still be a player to keep en eye on next season when he moves up to the U21s.

He first shot to prominence in 2012 when he travelled as an U14 with the United youth side to a tournament in Holland. He can play wide, as a number 10 or, as he has done this season, as a striker. He’s performed a thankless task up front on his own this campaign and his return of 10 goals so far isn’t a fair reflection of the unselfish work he’s put in. He’s quick, has excellent close control and his finishing is ever improving – his progress will be very exciting to watch.

Age: 17
Position: Centre back
Capped by England? No, born in DR Congo but eligible for England

The current captain of the U18 side, a role that he’s held since the end of the 2013/14 season when he was made captain whilst still a schoolboy. His partnership with RoShaun Williams has been excellent and a big reason why United boast the best U18 defensive record in the country. Axel’s quick, reads the game well and is deceptively strong. He can play in midfield too, such is his comfort on the ball. He’s made his U21 debut this season and has already been touted as a future first team player.

RoShaun broke into the U18 side towards the end of the 2013/14 season when he was still an U15. Still a schoolboy, he’s already made 30 appearances for the U18 side. He’s a calm centre back, never flustered with the ball at his feet and is showing signs that he reads the game very well. He’s already made headline news for breaking regional sprinting records but it’s on a football pitch that he’s really excelling. There is every possibility that he’ll be fast-tracked through to the U21 side in the next 12 months.

Ever since he joined United aged 14 he’s been dubbed a talent but the 2014/15 season has seen Dean’s performances become both consistent and complete. With a clean sheet in nearly half of his games this campaign he’s put in some match-winning displays with his saves, handling and all-round command of his area. His ball control and kicking is excellent, possibly because he started as an outfield player. The club’s staff consider him to be an excellent prospect.

Callum’s a midfielder who can play both behind a striker or in a deeper role. He oozes quality on the ball with his touch, dribbling and vision. His balance and ability to drop a shoulder make him very difficult to defend against and although he sometimes has a lethargic style, it’s often because he’s so good at finding both time and space in which to operate. Still an U16, he’s made over 20 appearances for the U18s this season and has contributed with both goals and assists. He’s also shown himself to be good in dead ball situations.

At the time of writing United are first in the U21 league and can go top of the U18 league if they win their game in hand. Yet again United are producing competitive youth sides with very good players. It’s notable that with the exception of Timothy Fosu-Mensah, every player in United’s U18 side is from the UK and Ireland, which is not something that most of our rivals can say. Manchester City for example lined up with five foreign players in their starting XI against Chelsea in the FA Youth Cup final on Monday night despite some good PR in the build-up to the game. Foreign recruitment at U18 level is something we can expect more of from United but there will always be a core of English and Mancunian talent.

This is just a selection of 10 young English players at United who all stand out across their age groups in the country. There are others such as Sean Goss, Joe Riley, Cameron Borthwick-Jackson and Tyler Reid, who are either having a great season or are clearly talented. The idea that United’s Academy might be failing or falling behind is far from the truth; sure there are areas United must improve on, particularly on the recruitment side but it remains rich with talent. Articles such as The Telegraph’s are hard to compile and the lack of United players is probably a reflection on the fact that our best talents are not out on loan in the spotlight and for some reason are being overlooked by England. Mind you, the lack of coverage and attention is probably exactly how the club like it to be, but don’t be too surprised when United continue to give debuts to players the club has produced.

For further information on youth football in England, visit youthhawk 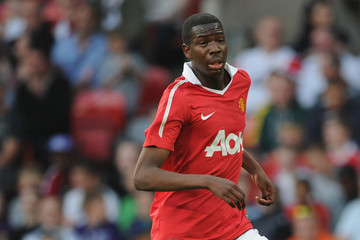 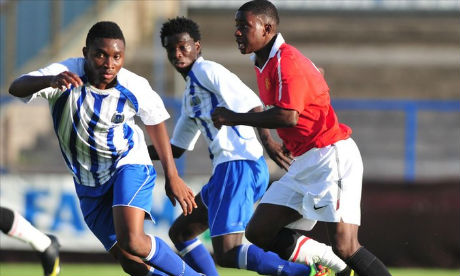 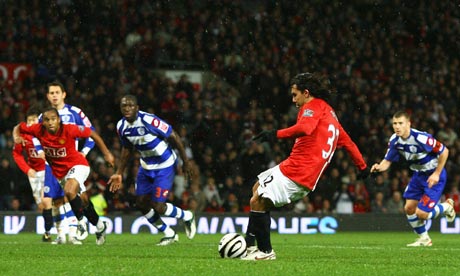