Nemanaja Vidic has spoken to MUTV about Manchester United’s trip away to West Ham and expects a tough time, like the physical encounter away at Stoke City on Sunday. United won the match 2-0, with Vidic superb at the heart of the defence, winning header after header against the physical Kenwyne Jones, who was eventually substituted.

United’s captain has only featured in twenty appearances so far this season, with sixteen of those coming in the league. His inclusion will be vital to combat the aerial threat of Andy Carroll. United have played West Ham three times so far this season, winning the match 1-0 at home in the league, drawing 2-2 in the FA Cup and then winning the replay 1-0.

Vidic spoke to MUTV and was quoted as saying:

“Stoke is always a difficult place to go to but we fought for every ball, played some good football and, in the end, I think we deserved to win. It was physical. You know they’re going to get the ball to the forwards, they’re good at set-pieces, they’re going to challenge defenders. Now it’s West Ham and we have to play well again. They play in a similar style to Stoke – we’re going to have long balls and set-pieces to deal with. Yes, you think you’re almost there but you have to win the games. (Winning at Stoke) helps us build up the confidence and a few players had a great game – people like Antonio, Wayne and Robin. It’s important for players like this to be in good form for the games to come.”

Vidic could face a late fitness test on a calf injury, but is expect to start in the Manchester United line up as highlighted in our match preview for West Ham away. 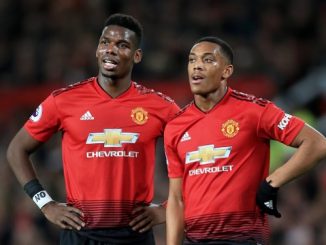 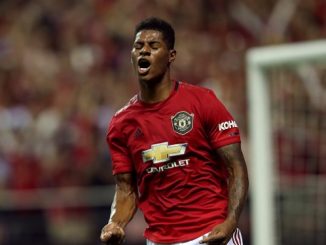