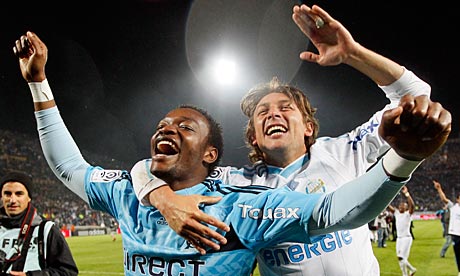 Manchester United have drawn French side Olympique Marseilles in the second round of the Champions League. United will play the first leg in France.

United and Marseilles have played each other twice, both times in the 1999/2000 season. The Red Devils won 2-1 while Marseilles won the return 1-0, with a certain serial tantrum artist scoring the goal.