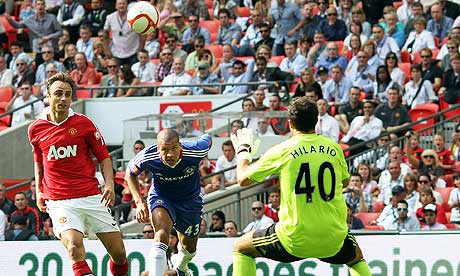 Sky Sports News have just confirmed that the Premier League clash between Chelsea and Manchester United at Stamford Bridge tomorrow has been called off due to hazardous weather conditions. United have now had two postponed in December, Blackpool away was called off, due to adverse weather. Chelsea FC have released the following statement.

Manchester United currently lead Chelsea by three points and have a game in hand over their west London rivals. Arsenal vs. Stoke City has also been called off, which means that United will be top of the table on Christmas day. United’s next fixture is Sunderland at home on boxing day – a fixture that required a late own goal by Anton Ferdinand for United to rescue a point last term. Many fans are disappointed that the decision is based upon supporters entering and exiting the ground safely rather than the state of the playing surface.

1 Comment on Chelsea vs. Manchester United called off due to Snow