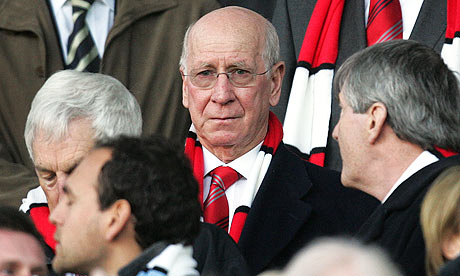 Sir Bobby Charlton has revealed that Sir Alex Ferguson would not have been sacked had Manchester United lost their third round FA Cup tie against Nottingham Forest back in 1990. It is widely believed that Alex Ferguson, who wouldn’t become a knight of the realm for another nine years, would not have continued as United manager had Mark Robins not found the back of the net. Thankfully for United fans and Ferguson, Mark Robins did find the back of the net and the rest, as they say is history.

Sir Bobby Charlton has revealed that the press were to blame for the myth and that it would have ‘been a good story for them. Charlton was quoted as saying:

“The media were the ones who were pushing for it. If Alex Ferguson got sacked it would have been a really good story for them. In fairness, their philosophy was based on what they had before. If a manager was unsuccessful, you sack him. But behind the scenes, Alex was already really successful. There was not a thought about the future of Alex Ferguson at this club. You have a feeling at a football club whether things are right or wrong. There was no nastiness about Alex when he lost a match. It was just a feeling of ‘it will happen’. You just felt success was coming, so you couldn’t criticise him. Half the problems that people get into is the fact that they get rid of managers too soon. We would not make that mistake.”