The last time we beat West Ham was in March of 2006, I agree that we are well overdue a win against an average side that continually believe that they should be punching above their weight regardless of the fact that they attribute England’s world cup win in 1966 to their historical triumphs. It seemed that when former United defender, Johnathan Spector, handled in the box, Ronaldo would have no problem tucking away the penalty – as usual in football nothing quite goes as planned and it hide it wide of the post.

Cue the press (and some United fans) jumping on the fact that Fergie decided to leave out Wayne Rooney and include Darren Fletcher. Fletcher has long been the subject of abuse from a section of United fans who are in disbelief as to how the young Scot can wear the United strip. Firstly, Stretford-end.com is a fan of Fletcher and we do believe that although he might not have the vision of Carrick or Scholes, pace and trickery of Ronaldo or indeed the all round game of Anderson he can still play a role in the success of Manchester United. Would I include him in a United side with everyone fit? No, but that doesn’t mean that he does not have a role to play in the side.

People are living in a dreamworld if they think that players can play every game until the end of the season. Yes they are paid extortionate amounts of money and don’t exactly portray themselves in a good light (some not all) but imagine playing game after game after game for a whole season. Your performance will falter and fatigue comes into play.

There is no question that Fergie is still haunted by the squad available to him against Milan last May. He does not want that to happen again and if he has to sacrifice a couple of results in the season for success in the Champions League then so be it. After all in 1999 we did only accumulate 79 points. Thats less points than the four times we’ve won the title since.

This is a minor blip in what hopefully will be a 10th Premiership title under Fergie. Stretford-end.com is still confident that United will be victorious come may, beating West Ham at Old Trafford on the 3rd will be nice as well. 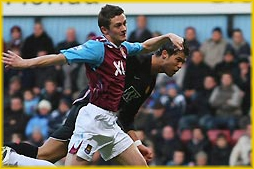