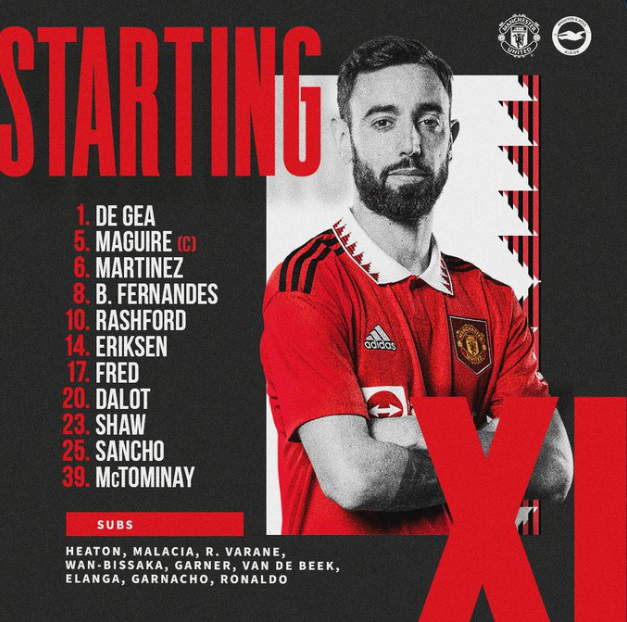 Manchester United are ready to start a new season! The Red Devils are set to play their first Premier League match of the new campaign and this is the starting eleven new manager Erik ten Hag chose for the occasion. David de Gea starts in goal, with Diogo Dalot and Luke Shaw featuring as full-backs. Harry Maguire captains the team and is partnered with new signing Lisandro Martinez. Scott McTominay and Fred are back in the central midfield partnership, alongside Bruno Fernandes, who will play in a more of a number 8 role, rather than number 10. Jadon Sancho and Marcus Rashford are the two wingers, while Christian Eriksen is, surprisingly, starting in the false nine role.