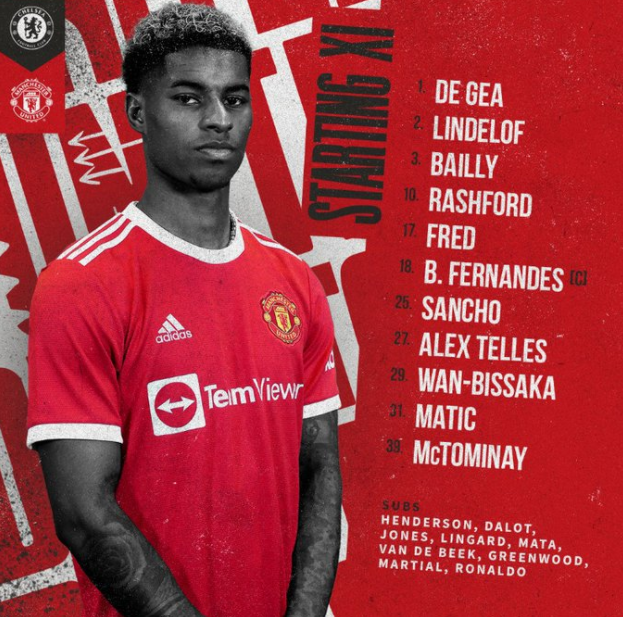 This is the team Michael Carrick has chosen for a tough away match against Chelsea. A big surprise in the starting lineup is that Cristiano Ronaldo is on the bench, with Manchester United changing the system for the gane at Stamford Bridge. Carrick opted for a 4-3-1-2 of sorts, with Nemanja Matic, Fred and Scott McTominay as three central midfielder, with  Bruno Fernandes ahead of them in his usual number 10 role. Mason Greenwood and Marcus Rashford spearhead the attack somewhat surprisingly, while the back four is comprised of Eric Bailly and Victor Lindelof at centre-back positions. Alex Telles is there instead of injured Luke Shaw as well, while Wan-Bissaka is at right-back.