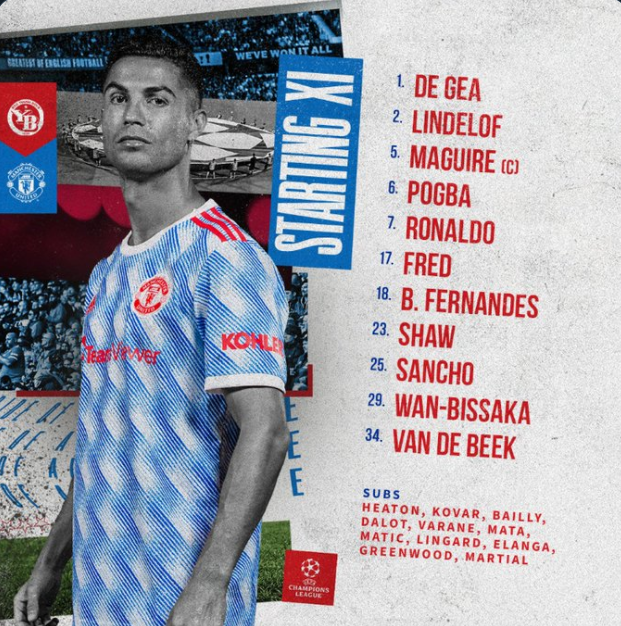 Manchester United are back in the Champions League and this is the team that will open the new campaign. Ole Gunnar Solskjaer has chosen and he made several changes in the team. Victor Lindelof starts ahead of Raphael Varane, Fred is back in the starting 11, while Donny van de Beek gets one of his rare starts. Jadon Sancho and Paul Pogba will be taking the wings, while Bruno Fernandes will once again be in his favourite position behind the lone striker Cristiano Ronaldo. Let’s see how will Man United start the Champions League campaign against Young Boys.