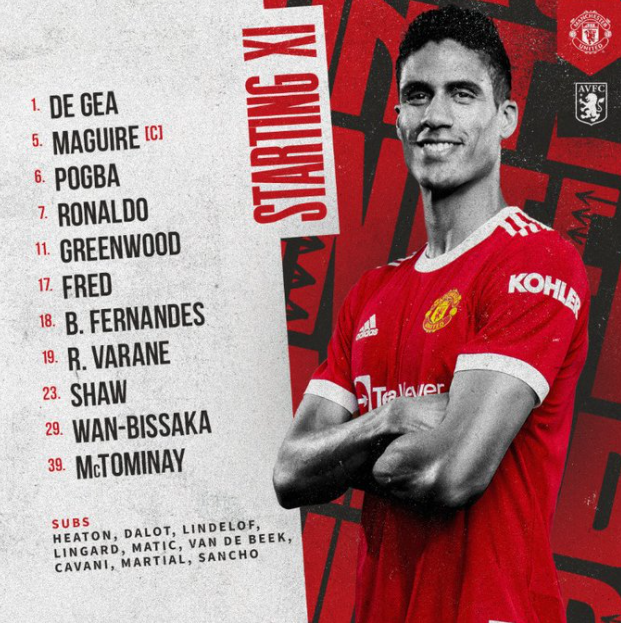 Manchester United are back in Premier League action this Saturday early afternoon. Ole Gunnar Solskjaer has announced his starting XI and it is one of the strongest ones available. De Gea will be in goal, behind the usual back four of Wan-Bissaka, Varane, Maguire and Shaw. The two central defenders will get the chance to partner again and show how much stability they can offer. For that stability in front of them, there are Fred and Scott McTominay.

The two wingers will be Paul Pogba and Mason Greenwood, as Solskjaer chooses to put the Frenchman on the left flank once again. Bruno Fernandes is in his usual role behind the striker who will this time be, of course, Cristiano Ronaldo.