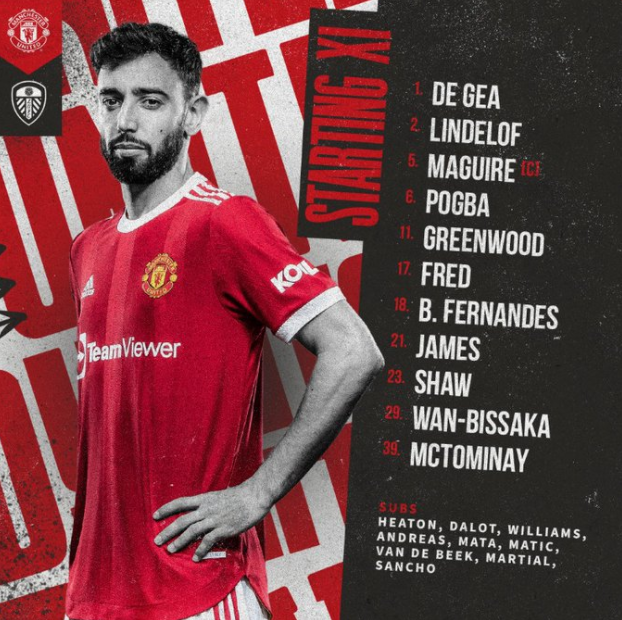 Manchester United are ready – here is the first starting lineup for Red Devils in the new season. Leeds United are coming at Old Trafford, but Ole Gunnar Solskjaer has chosen a strong team, without many surprises. David de Gea is in goal with Dean Henderson still not ready to play, with Aaron Wan-Bissaka and Luke Shaw occupying the full-back positions. Harry Maguire captains the team alongside Victor Lindelof, while Fred and Scott McTominay are in front of the back four.

Paul Pogba gets his chance on the left wing, Daniel James is the opposite side of him, while Bruno Fernandes is in his favourite number 10 role. The only player ahead of him is Mason Greenwood, who spearheads the attack.