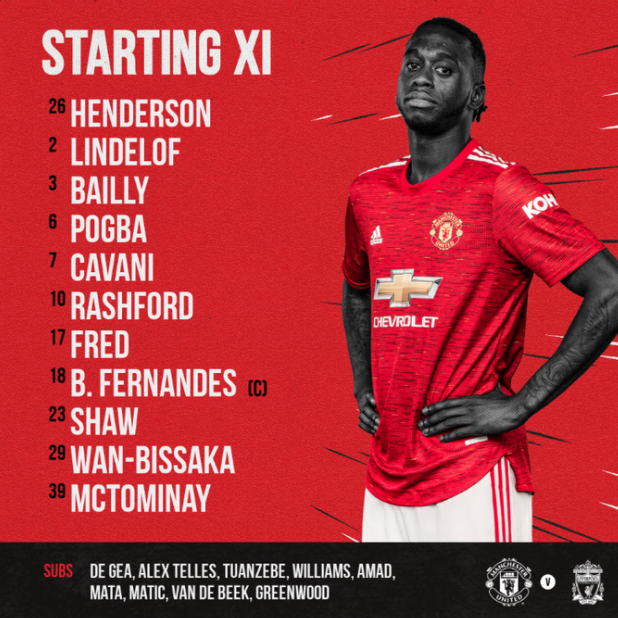 Manchester United are ready for the big clash against Liverpool, later than they expected! Ole Gunnar Solskjaer has chosen his starting lineup in a match that comes at the end of an incredibly tiring week, as United play their fourth game in the past seven days. Considering Solskjaer changed the entire lineup for the game against Leicester, it is no wonder he saved his best 11 for Liverpool.

Dean Henderson is in goal and the back four is the quartet of Wan-Bissaka, Lindelof, Bailly and Shaw, as Harry Maguire is injured. Fred and Scott McTominay play in central midfield, with Paul Pogba, Bruno Fernandes and Marcus Rashford all being in the attacking positions behind Edinson Cavani.