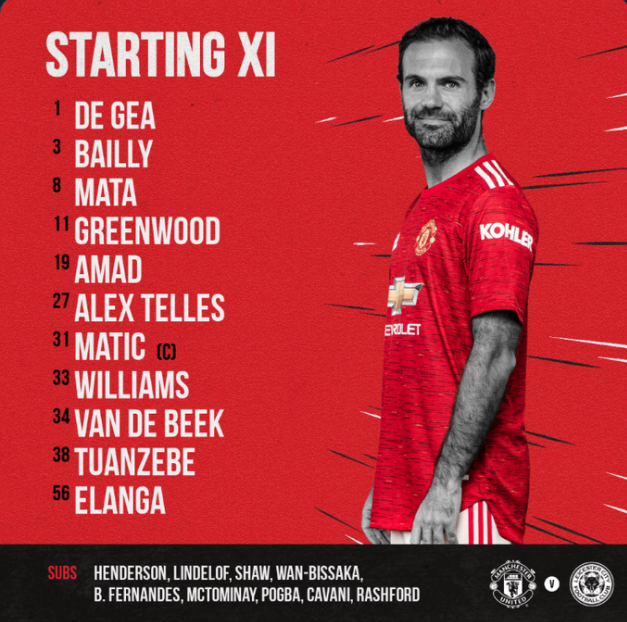 Manchester United are back in action just over 48 hours after finishing their game against Aston Villa. The Devils are now playing Leicester City, in a match in which they will try to get a revenge for the FA Cup quarter-final loss. However, that will not be the easiest thing to do, considering Ole Gunnar Solskjaer’s starting 11.

He has decided to rest his first team in this difficult run of games – De Gea will be in goal instead of Henderson, while Eric Bailly and Axel Tuanzebe make the centre-back partnership, while Brandon Williams and Alex Telles get their chance as full-backs. Nemanja Matic is captaining the team alongside Donny van de Beek, with Juan Mata reprising Bruno Fernandes’ role as the attacking midfielder. Right to him will be Amad Diallo, while Man United fans will get the chance to see Anthony Elanga as well on the opposite wing. Mason Greenwood will be the sole striker.