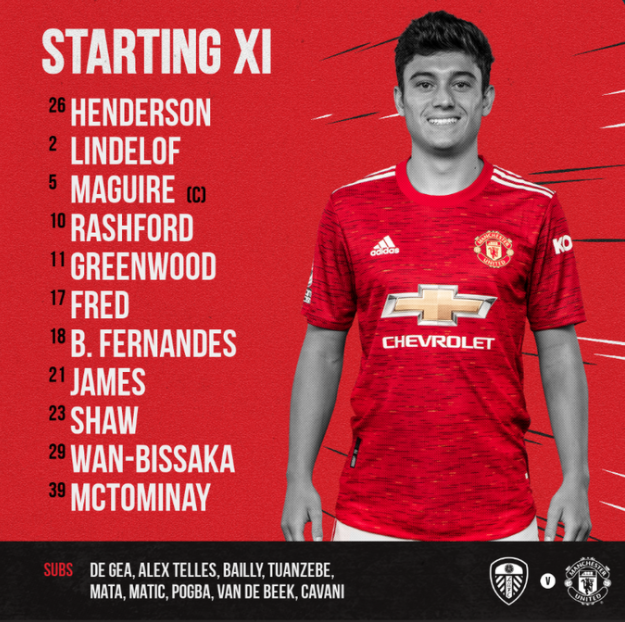 Manchester United are ready for a tough challenge! The Red Devils are facing the team which recently defeated Manchester City and also drew against Liverpool and Chelsea. Now is the time for Ole Gunnar Solskjaer’s team to try and get tricky three points away from home and here is the team that might just do it.

Dean Henderson is once again in goal in a Premier League match, while the back four is the usual case of Lindelof and Maguire being flanked by Wan-Bissaka and Luke Shaw. Fred and Scott McTominay are once again the central midfield partnership. Solskjaer obviously wanted a pacey front four against a team that loves playing at a high tempo, opting for Dan James on the right flank, Marcus Rashford on the left and with Mason Greenwood up top, in front of Bruno Fernandes.