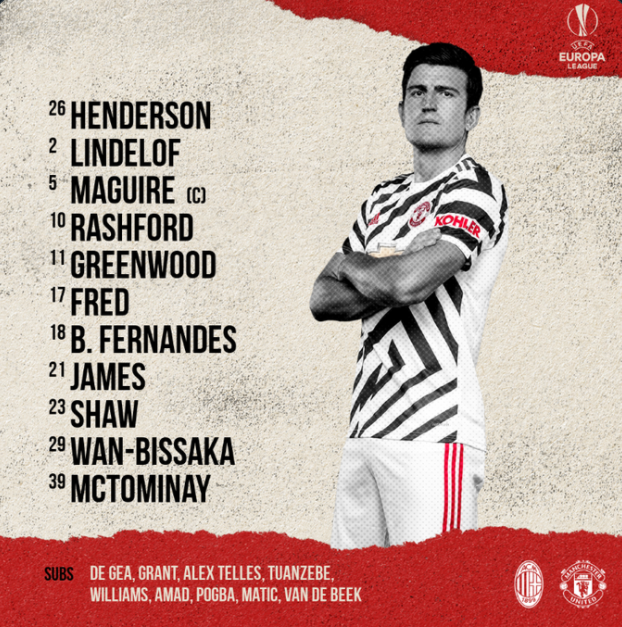 Manchester United are ready to fight for the Europa League quarterfinals! The return leg of the AC Milan clash is about to start and here is the team Ole Gunnar Solskjaer has opted for. It is a pretty much expected starting XI, with Dean Henderson in goal and with Victor Lindelof and Harry Maguire in front of him. Scott McTominay and Fred are the central midfield partnership, although it is interesting seeing Paul Pogba and Donny van de Beek being on the bench again.

Bruno Fernandes is in his favourite role, Dan James gets another chance at right wing, while Marcus Rashford is on the left. Also, Mason Greenwood is the only option for the sole striker, as Anthony Martial and Edinson Cavani are both out of contention.