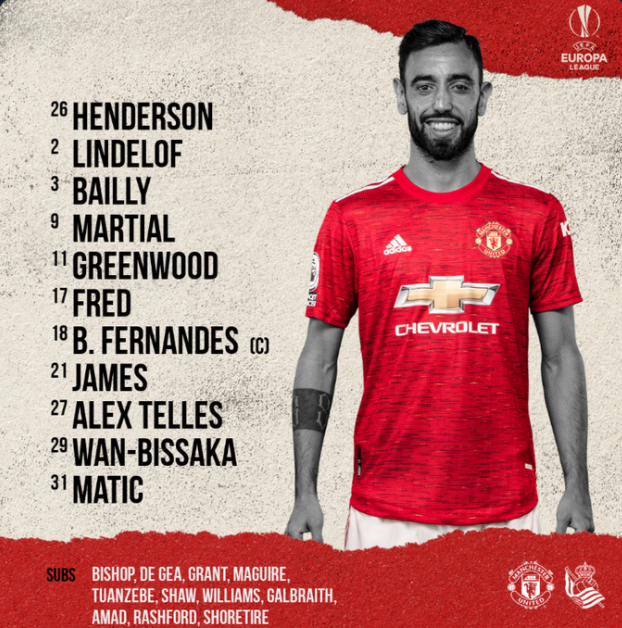 Manchester United are ready to finish off their job against Real Sociedad in Europa League’s round of 32 second leg match. After the 4-0 win in Turin seven days ago, Ole Gunnar Solskjaer has decided to rotate and give more playing time to those who did not play that much in recent weeks. There are still first-teamers in the lineup, such as Bruno Fernandes, Aaron Wan-Bissaka and Victor Lindelof, but we will get to see Dean Henderson in goal, Nemanja Matic in midfield and Daniel James on the wing.

We could also get to see plenty of youngsters come on the pitch in the second half, with the likes of Diallo, Shoretire and Galbraith being on the bench.