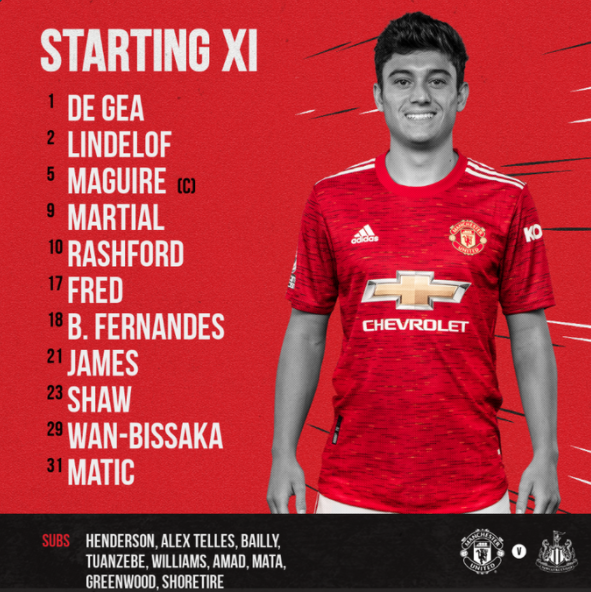 This is the team with which Manchester United will try to get back on track with winning in the Premier League. After consecutive draws against Everton and West Brom, the Red Devils are facing Newcastle United and Ole Gunnar Solskjaer has chosen his ideal 11. David de Gea will in goal, with Aaron Wan-Bissaka and Luke Shaw as full-backs. Harry Maguire captains the team next to Victor Lindelof, while Nemanja Matic gets the nod in the starting lineup, alongside Fred. Daniel James is also somewhat surprisingly in the team, while it is Anthony Martial who spearheads the attack.

Also, Marcus Rashford will be on the left wing, with Bruno Fernandes in his typical number 10 role he loves so much. After a 4-0 beating of Real Sociedad in Europa League, let’s see another great performance from Manchester United.