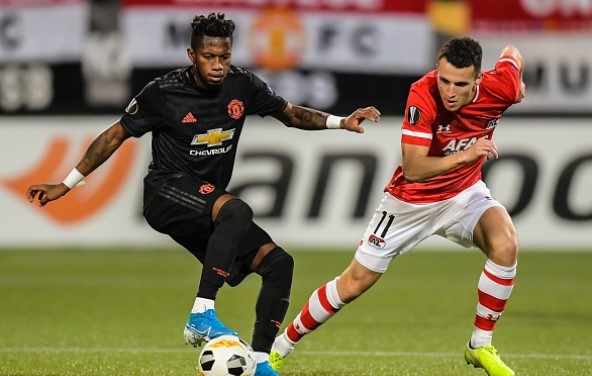 Here are the latest news regarding Manchester United and transfer window. There were some interesting stories regarding both incoming signings and potential departures.

What Is Going On With Van De Beek?

Donny Van de Beek will become new Manchester United player, that is now obvious. The club and Ajax have found agreement and the player is set to arrive at around 100k pounds per week. It will expectedly be a five-year deal with an option for another 12 months. Some are even suggesting Van de Beek will wear number 34 on his jersey, in honour of Abdelhak Nouri, the footballer who had suffered permanent brain damage when he collapsed in one of Ajax’s pre-season games back in July 2017.

Man United will get a great signing for 40 million pounds with another five in potential add-ons. He will be expected to bring much needed quality and depth to the midfield that did not have much options coming from the bench. Reportedly, Ole Gunnar Solkskjaer also spoke with the player and that was when the Dutch midfielder was truly sold on this project.

Fred Linked With A Transfer

When Fred arrived at Manchester United two summers ago, the club handsomely paid for that transfer but he never really proved to be worth such a great investment. His first season at the club was really poor and in 2019-20, as we have seen, he was not an important part of the team when Solskjaer realised his best options for central midfield are Nemanja Matic and Paul Pogba in a 4-2-3-1 system.

Now reports are coming out of Turkey that Galatasaray are interested in Brazilian midfielder. According to A Spor, Galatasaray manager Fatih Terim really wants to see Fred come and he is one of his top priorities right now. The Turkish side lost some midfielders recently and they want to make things right with Fred. Reportedly, one loan offer was already rejected by Manchester United earlier in this window. However, now that it is clear Van de Beek will come to the club, Galatasaray feel like they might use that to get Fred.

And the last but not the least – Chris Smalling is set to leave Manchester United. His departure from Old Trafford seems inevitable and it is just a question of time when the English defender will leave. Smalling spent last season in Italy, playing really well for AS Roma and his performances have made him really interesting to teams in Serie A. Roma are still interested in signing him, which they have been trying to do ever since the end of his loan spell, but now some reports are even citing Juventus in this race, which seems a less realistic proposition.

Roma wants Smalling, Smalling wants to stay in Rome, but the two clubs failed to find an agreement. Now, Di Marzio are reporting United are expecting a new offer from Roma to arrive which will be enough for the player to be sold permanently. We will see how things will go from here.