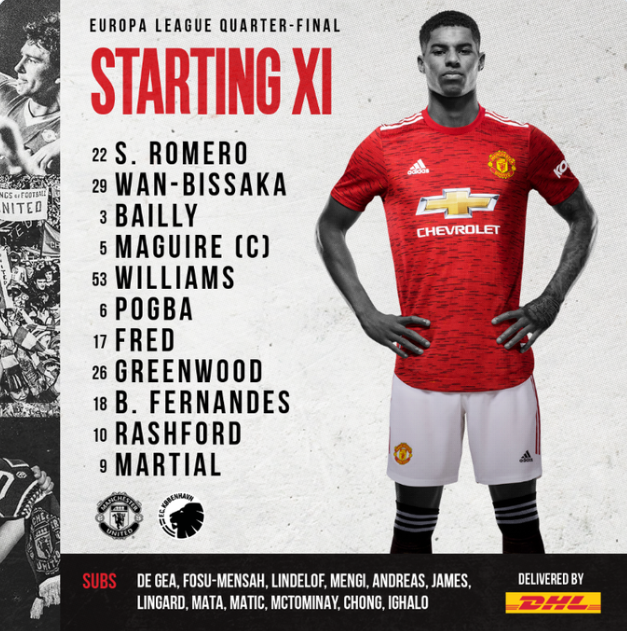 Here is how Manchester United’s starting lineup looks for their Europa League quarterfinal clash against Kobenhavn. Ole Gunnar Solskjaer has decided to make a few changes from what most Man United fans would call the best starting XI. Brandon Williams is at left-back after having some issues with injury, Fred will be alongside Paul Pogba in the midfield pairing and the front four will be the best one possible, with Martial, Rashford, Fernandes and Greenwood all on the pitch.

Sergio Romero is once again in goal, whilst Nemanja Matic is on the bench, as Solskjaer wants to give him much needed rest following a long season.