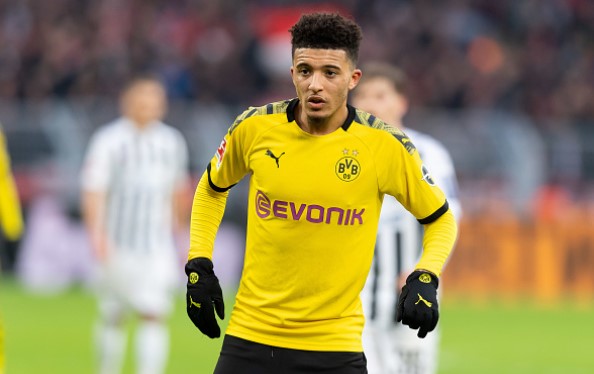 Manchester United are getting ready for their crucial match on Thursday night against Crystal Palace. The Devils conceded a late goal against Southampton which cost them two points and that means they will have to win all of their remaining matches this Premier League season if they are to be 100 per cent certain of a place in the UEFA Champions League next season.

But before that match there have been some other important news around Manchester United which are worth discussing.

According to few reports from today, there are rumours that Borussia Dortmund will be expecting a huge offer from Manchester United, worth around 110 million pounds. However, it is noted that the Bundesliga outfit would expect that offer only if United qualify for the Champions League next season.

Apparently, they are realistic about Sancho’s eagerness to compete in the elite competition, but how realistic is for United to pay that much this summer, it remains to be seen.

There was a big talking point following that draw against Saints and it was the question of left-back. Luke Shaw came off during the match due to his ankle problem, but they Brandon Williams also got injured later on. This meant there was a possibility neither of them would be ready for Palace game and now Manchester Evening News are reporting Diogo Dalot is fit and ready to play if the duo of left-backs are unavailable.

Five Subs To Be Used Next Season

International Football Association Board announced today five substitutions will be allowed in for coaches to make during matches next season, but each league can choose to keep rule in place for the 2020/21 season. This means that the Premier League still might not actually opt to use this rule.

For Manchester United this could mean that if five subs are to be kept, then Solskjaer would have more options to keep his players happy and rotate enough for everyone to remain fresh. But it would also mean that the bench would have a bigger role and squad depth could prove more important than ever.

Manchester United will have a lot of time to buy players this season. The Premier League summer transfer window will be open for 10 weeks, starting on July 27 and ending on October 5, it was announced on Wednesday. We might be deep into the summer, but the window has not even opened yet and there will be plenty of time to do what is necessary.

What Will Happen With Henderson?

There has been a lot of talk about David De Gea and his declining form in the past few seasons and many Man United fans are eager to see Dean Henderson get a chance next season. Could that really happen? According to Duncan Castles, it could and he claims United are seriously considering bringing Henderson back to be the starting goalkeeper next season.

Still, remain very cautious about that one…