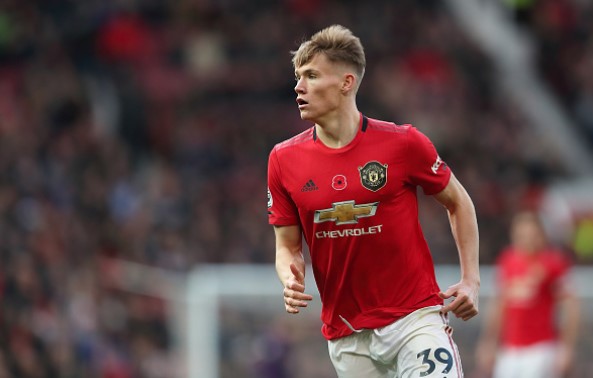 Today we have several talking points to cover, so let’s get right into those.

Good news for Man United fans and somewhat expected – the club decided to offer a new contract to Scott McTominay. Scottish midfielder signed a new contract this Tuesday until the end of June 2025, a long-term deal that will keep the player for many years at the club. McTominay has come through youth ranks at Man United and his performances, although not world class, showed that he can be a useful player in this squad.

It will be interesting to see how McTominay will develop over the years that are to come and how valuable he could become for Manchester United.

Marcos Rojo Could Get Sold

Somehow, Marcos Rojo is still a Manchester United player, considering for how long the club have been trying to sell him. The Argentine defender is currently on loan at Estudiantes de La Plata and he does not want to return to England once that loan ends. Man United, according to some reports from Argentina, still want to get 12 million pounds for Rojo and that might make it difficult for interested sides to get him. But Boca Juniors are reportedly following the situation and they could make an effort to sign Rojo this summer.

Ole Gunnar Solskjaer is still very much confident in David De Gea’s ability. After the Spaniard’s poor moment against Spurs that cost United a goal, many have jumped on the wagon to criticise the player, but it is the fact that in the past couple of years David De Gea has not been his usual self. That is not so surprising, since he was at an incredibly high level, but such a big drop in performances is never good. Now Solskjaer reiterated that he fully believes in De Gea and that for him, De Gea is still the best goalkeeper in the world.

That was to be expected from Solskjaer, to try and talk his star player up and boost his morale. Whatever happens from now until the end of the season could be important in club’s decision making, but it would be logical to expect United to keep De Gea as their number one goalkeeper going into the new season.

And the last, but not the least. Manchester United are set to return to Old Trafford after three and a half months. It was early March the last time Man United were playing home, in a 2-0 win over Manchester City. Now, everything will be so different. The Devils will host Sheffield United in an empty stadium, trying to return to winning ways after a 1-1 draw against Tottenham Hotspur.

Sheffield United have shown some great effort this season and it was even a possibility for them to reach Europa League football. Chris Wilder’s side might not be able to reach such a great feat, but they are a truly interesting side nevertheless, playing with three centre-backs. It could be interesting to see how Ole Gunnar Solskjaer will set up his team against such a unique opposition.